Archives
« PlayStation 5 has had the biggest launch in console history. That, uh, explains the shortages.
Tonight! 9pm! Join us for a fucking tryptophantastic stream! »

Scientists want to build a giant telescope on the Moon to see into the Deep Past. I mean, fuck yes! 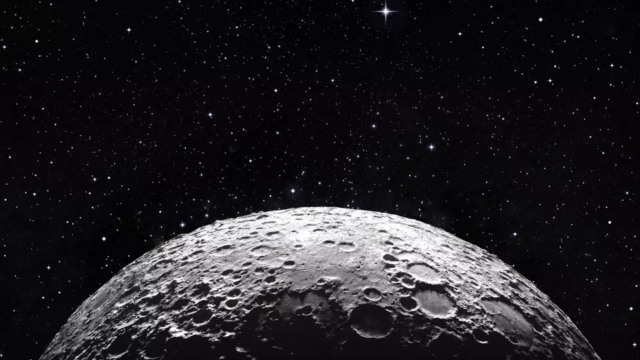 A giant telescope on the Moon? Intended to see into the Deep Past? Oh fuck yeah. My dudes, this is the astronomical shit I’m all about.

A gigantic liquid telescope built in a crater on the Moon might be able to glimpse the very first stars born in the universe, which have eluded detection so far, reports a new study.

Though the technology required for such an advanced instrument is likely decades away, assuming it is feasible at all, scientists are laying the conceptual groundwork now due to its potential observational power. This “Ultimately Large Telescope” could reveal never-before-seen phenomena in the early cosmos, according to a forthcoming study in The Astrophysical Journal (a preprint is available on the arXiv server).

“This time period is so interesting because it is the first time that we move from this universe composed out of hydrogen and helium only, to something that was enriched with higher elements,” said Anna Schauer, a NASA Hubble Fellow at the University of Texas at Austin who led the study, in a call.

Capturing a glimpse of this time would shed light on the formation of all subsequent stars and galaxies, and also provide valuable information about the origin of elements such as carbon or oxygen, which are key ingredients for life.

Scientists think that these first-gen stars, known as Population III, were born in primordial “minihaloes” when the universe was only about 200 million years old. These minihaloes were “teeny tiny” versions of galaxies, Schauer said, and they provided a place for the inaugural class of stars to condense, ignite, and illuminate the universe with the first starlight.

These stars are expected to have been “much bigger, brighter and shorter-lived” than the Sun, Schauer noted, though “depending on what model you actually use, they can be anywhere from as small as the mass of our Sun up to top 1,000 times the mass of our Sun.”

Despite the predicted radiance of Population III stars, they have never been directly observed because they are so distant from Earth, in both space and time. Spotting them would require a highly specialized near-infrared observatory that can stare into the deep reaches of the universe’s past.

Enter: The Ultimately Large Telescope (ULT), a concept for an lunar observatory with a 100-meter-wide primary mirror made of spinning liquid and coated with silver. The ULT was inspired by a similar proposal called the Lunar Liquid-Mirror Telescope (LLMT), developed more than a decade ago by Roger Angel, an astronomer at the University of Arizona, and his colleagues.

As scientists focused on the early universe, Schauer and her colleagues realized that the LLMT proposal could be adapted into an observatory specifically designed to capture the light of the first stars, though it would be able to observe other cosmic phenomena with high precision as well.

The team envisions building the ULT in a permanently shadowed crater on one of the Moon’s poles, which would protect it from the disruptive glare of the Sun and the sweltering heat of the lunar day.

Operational liquid telescopes have been demonstrated on Earth, including the decommissioned Large Zenith Telescope (LZT) at the University of British Columbia. These observatories are much cheaper to build than conventional telescopes, making them a promising technology to cut costs for outer space and lunar facilities.

To ensure that the telescope’s mirror keeps a parabolic shape, the liquid would need to be spinning at all times. Because the shaded craters at the poles are extremely cold, with temperatures around -140°C (-220°F), the fluid structure of the ULT would need to be composed of liquid with low freezing temperatures—liquid salts, for instance.

Of course, this is a very advanced technology that would require significant infrastructure on the Moon. Over the coming decades, NASA and its international partners hope to pioneer these kinds of robotic and crewed systems on the Moon with its Artemis and Lunar Gateway programs.

“I think we need to do more research on the moon itself to actually test this,” Schauer said. “We need to test out new technology to have something, as liquid, at those low temperatures.”

While this epic observatory is not going to be built in the near-term, it’s an amazing vision of a future in which shooting for the Moon will land us among the very first stars (observationally, at least).