Archives
« Scientists discover mysterious metal monolith in Utah. I’ve seen ‘2001’ and this shit is gonna be great
Scientists want to build a giant telescope on the Moon to see into the Deep Past. I mean, fuck yes! »

PlayStation 5 has had the biggest launch in console history. That, uh, explains the shortages. 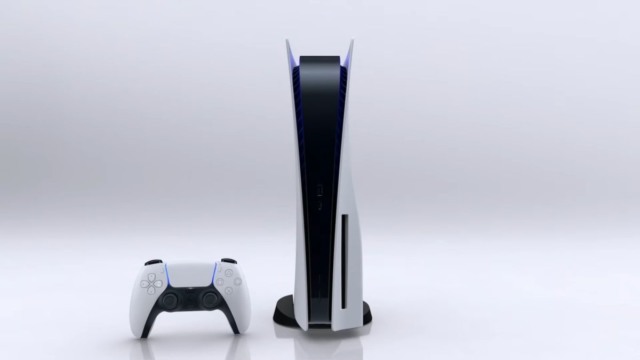 Can’t get a fucking PlayStation 5? Well, that’s because it’s the biggest launch in console history. I mean, it’s also because of fucking shit-ass scalpers. But, also because of its launch success.

The official PlayStation Twitter account confirmed the next-gen console had surpassed the initial sales of the PlayStation 4, although the company has yet to share official sales figures.

Back in 2013, PlayStation’s then-CEO Andrew House said the PS4 had sold 2.1 million units in just over two weeks, declaring it “an impressive and record-setting accomplishment for our company and for our industry.”

A few days later, PlayStation quoted analysts at DFC Intelligence, who confirmed the PS4 was the biggest launch in the history of games consoles.

Today’s message from PlayStation indicates the industry has a new record holder.

“We want to thank gamers everywhere for making the PS5 launch our biggest console launch ever,” the platform holder wrote.

“Demand for PS5 is unprecedented, so we wanted to confirm that more PS5 inventory will be coming to retailers before the end of the year — please stay in touch with you local retailers.”

PS5 launched almost two weeks ago on November 12th in North America, Japan, Australia, New Zealand, Singapore and South Korea, arriving in all other major markets — except China — on November 19.

Sony expects its next-gen console to outperform its predecessor by the end of the current fiscal year. PS4 sold 7.6 million units during the comparable period.

Microsoft has also fared well, announced earlier this month that Series X and S were also the biggest launch in Xbox history.