Archives
« ‘Halo Infinite’ has lost another director and fuck this game’s development seems troubled
Sony sold as many PS5s in first 12 hours of pre-orders as they did PS4s in first 12 weeks of its sales. Good fucking god! » 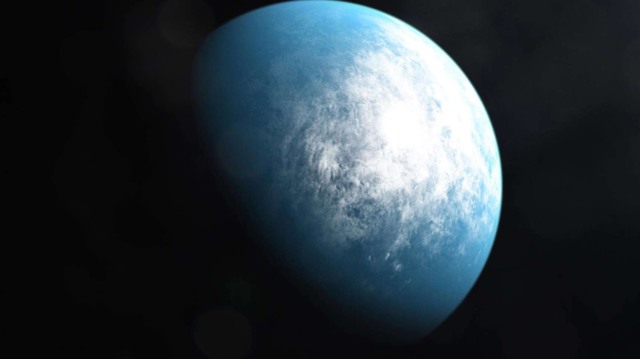 TESS was launched in 2018 with the hopes of finding small planets around nearby stars’ habitable-zone. And, whelp! The motherfucker has done it. How goddamn rad is this?

TESS, the Transiting Exoplanet Survey Satellite, was launched in 2018 with the goal of discovering small planets around the Sun’s nearest neighbors, stars bright enough to allow for follow-up characterizations of their planets’ masses and atmospheres. TESS has so far discovered seventeen small planets around eleven nearby stars that are M dwarfs — stars that are smaller than the Sun (less than about 60% of the Sun’s mass) and cooler (surface temperatures less than about 3900 kelvin). In a series of three papers that appeared together this month, astronomers report that one of these planets, TOI-700d, is Earth-sized and also located in its star’s habitable zone; they also discuss its possible climate.

CfA astronomers Joseph Rodriguez, Laura Kreidberg, Karen Collins, Samuel Quinn, Dave Latham, Ryan Cloutier, Jennifer Winters, Jason Eastman, and David Charbonneau were on the teams that studied TOI-700d, one of three small planets orbiting one M dwarf star (its mass is 0.415 solar masses) located one hundred and two light-years from Earth. The TESS data analysis found the tentative sizes of the planets as being approximately Earth-sized, 1.04, 2.65 and 1.14 Earth-radii, respectively, and their orbital periods as 9.98, 16.05, and 37.42 days, respectively.

In our solar system, Mercury orbits the Sun in about 88 days; it is so close to the Sun that its temperature can reach over 400 Celsius. But because this M-dwarf star is comparatively cool the orbit of its third planet, even though much closer to the star than Mercury is to the Sun, places it in the habitable zone – the region within which the temperatures allow surface water (if any) to remain liquid when there is also an atmosphere. That makes this Earth-sized planet TOI-700d particularly interesting as a potential host for life.

The TESS detections were exciting but uncertain: the signals were faint and a small possibility remained that the TOI-700d detection was spurious. Because of the potential importance of finding a nearby Earth-sized planet in a habitable zone, the TESS scientists turned to the IRAC camera on the Spitzer Space Observatory for confirmation. Before being turned off by NASA in February 2020, the IRAC camera was by far the most sensitive near infrared camera in space.

A schematic of the planets around the nearby M dwarf star TOI-700, discovered by TESS. The third (the farthest planet from the star), TOI-700d, lies within the star’s habitable zone (shown in green). Using the IRAC camera on Spitzer, the team refined the planet’s mass as 2.1 Earth-masses and 1.14 Earth-radii. (The scale shows 0.2 astronomical units; AU being the average Earth-Sun distance.) Credit: Rodriguez et al 2020

The TESS team observed TOI-700 with IRAC in October of 2019 and January of 2020, acquiring clear detections of the planets with about twice the signal-to-noise of TESS, enough to give a 61% improvement in the planet’s orbit and to significantly refine our knowledge of its other characteristics, refining the radius as above and finding the mass to be 2.1 Earth-masses. The results, especially when compared with other planets’ properties, suggest that this planet may be rocky and likely to be “tidally locked” with one side of the planet always facing the star.

If there were liquid water on the surface of TOI-700d, the astronomers argue, there would also be water-bearing clouds in the atmosphere, and the team uses climate system models to estimate its possible properties and what more sensitive measurements might find. They conclude, however, that pending space missions, including JWST, will probably lack the sensitivity to detect atmospheric features by a factor of ten or more. Their detailed climate studies will nevertheless help astronomers constrain the kinds of telescopes and instruments that will be needed to investigate this exciting new neighbor.