Archives
« So These Are Comic Books (8.05.2020) – To The Farthest Reaches Of Metal We Go
Holy Hell, Nintendo’s profits have increased over 400 percent. That COVID bump ain’t a fucking joke » 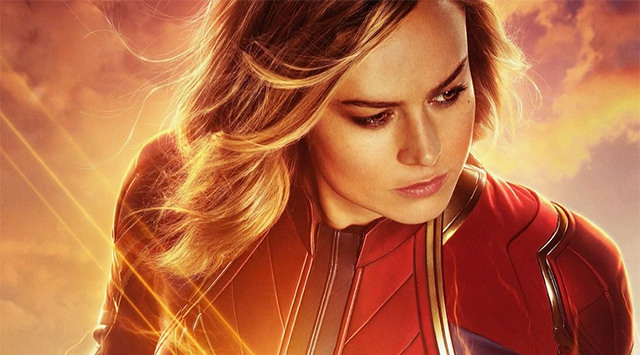 Man, the Candyman reboot/sequel looks fucking fly as well. Which is good news for Captain Marvel 2, cause it’s landed its director Nia DaCosta.

EXCLUSIVE: In what is sure to be one of the bigger directing jobs to be taken off the table in recent months, we are hearing that Nia DaCosta, who directed the anticipated reboot of Candyman, has been tapped as director on Marvel’s sequel to Captain Marvel.

DaCosta takes over for Anna Bodn and Ryan Fleck, who directed the first pic to massive box office success. Marvel is known for switching up its directors on its popular franchises like Thor, Iron Man and Captain America to give the next installment a fresh voice, and had been meeting with candidates for the past couple of months.

Megan McDonnell, a story editor on the Marvel-based series WandaVision, penned the script for the Captain Marvel sequel, with Brie Larson returning to star.

In the first film, Larson’s Carol Danvers was a human who becomes involved in the war between two alien races, the Kree and shape-shifting Skrulls. Surviving an explosion tied to an alien engine imbued her with incredible power, turning her into Captain Marvel and making her one of the most powerful heroes in the Marvel Cinematic Universe.

The film was released in March 2019 and grossed $1.13 billion worldwide.

DaCosta’s attachment is yet another sign of Marvel continuing to add diversity to its films, especially when it comes to the individuals behind the camera. Even though a budget is unknown, it is sure to be the biggest-budgeted tentpole to be helmed by a Black female director, following in the footsteps of Ava DuVernay, who directed A Wrinkle in Time, which came in at $115 million budget.

She joins a strong group of female filmmakers like Chloe Zhao and Cathy Yan, who each has been given the reins to huge comic book tentpoles, and Marvel and DC hope to keep this trend going.

DaCosta has been on the rise since directing the indie Little Woods, the critically acclaimed film that put her on every exec and producer’s radar including Jordan Peele, who hand-picked her to direct his Candyman retelling. Although the release has been pushed due to the COVID-19 pandemic, its first trailer set social media on fire and has fans of the original excited for what DaCosta has brought to the table in her version.