Archives
« Scientists revive 100-million year-old microbes from the sea. The fuck could go wrong with this, you know?
‘Mulan’ is premiering on Disney+ on September 4 for $30. Is ‘Black Widow’ next? »

Sony’s PlayStation 5 production is on track for holiday launch. So like, how about the launch date and price, fellas? 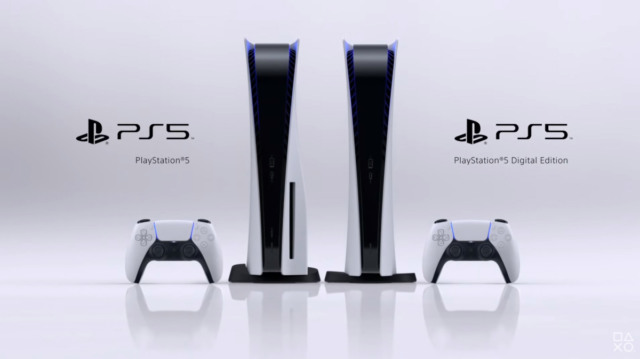 Apparently, Sony’s PlayStation 5 production is on track to launch this holiday! Which is dope and all, but can we have some fucking details? Please? A launch date? Month? A price? A rough guess?

Sony said the PlayStation 5 video game console is on track to launch during the 2020 holiday season.

The Japanese company made the announcement as part of its earnings release early this morning. Sony said that while PlayStation 4 hardware production had been slightly impacted by pandemic-related issues in the component supply chain, production is back to normal.

Sony said the PS5 production faces “constraints” due to employees working from home and restrictions on international travel but that all necessary measures are being taken to launch on schedule. Neither Sony nor rival Microsoft has announced launch dates for their consoles, except to say they will debut during the holidays.

“At this time, no major problems have arisen in the game software development pipeline for Sony’s own first-party studios or its partners’ studios,” the company said.

Sony anticipates a significant increase because of game software and PS5 sales. Sony also said The Last of Us Part II and Ghost of Tsushima, two major exclusives for the PlayStation 4, are trending well. Sony’s PlayStation Plus subscriptions have reached 45 million players.

Sony said it sold 18.5 million copies of first-party game software for the PS4 in the first fiscal quarter ended June 30, up from 11.7 million a year earlier.