Archives
« Monday Morning Commute: A Legacy of Ghosts
Scientists revive 100-million year-old microbes from the sea. The fuck could go wrong with this, you know? »

Astronomers think there may be black hole planets. Blanets! No, seriously. 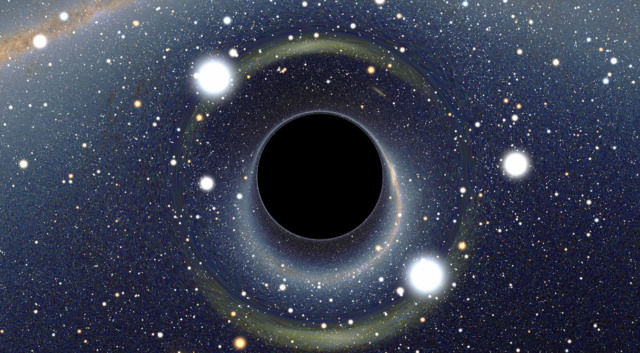 The Universe confounds, and it delights me! A series of astronomers think it’s possible for planets to be found near supermassive black holes.

We know that planets like the ones in our solar system form in flat disks of gas and dust called protoplanetary disks. We can actually see that happening all over the galaxy.

But a team of astronomers wondered if that were the only place they could be born. So they figured why not see if planets can form in the very worst place you can imagine in the entire Universe: Near a supermassive black hole.

No, seriously, stop laughing. It’s at least theoretically possible, and the astronomers dubbed them blanets.

Yeah, I’m not crazy about the name either. And I know it seems silly at first, but in fact all this makes a weird sort of sense.

Artist’s conception of a black with material swirling around it in an accretion disk, and also a jet of matter blasting away from it. Credit: NASA/JPL-Caltech

Supermassive black holes are found in the centers of big (and some small) galaxies. They are like “normal” black holes except they are extremely huge (supermassive, you might say), with masses millions and even billions of times that of the Sun. They form and grow along with their host galaxy, fed by gas and dust (and the occasional star) that flow into the galaxy’s core.

Before falling in, this material forms a huge flat disk around the black hole called an accretion disk. The disk can be incredibly hot, and blast out truly staggering amounts of radiation (we call galaxies like this active). But sometimes, much farther out than the superhot accretion disk, there is a second co-planar disk of much cooler gas and dust surrounded by a puffy donut of dust.