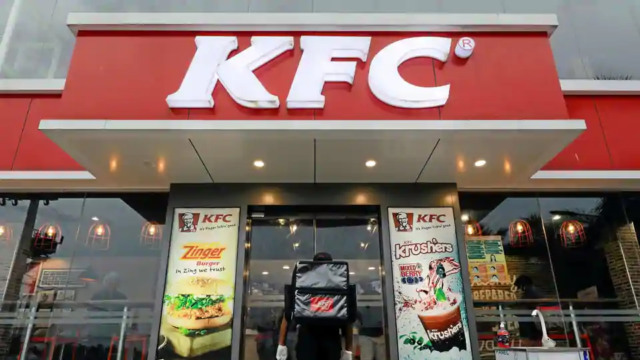 KFC and a Russian 3D bioprinting lab are working hard, friends. To do what? Bring the world the first lab-made chicken nuggets. Fucking awesome. Sign me up! I mean, don’t you dare protest. What they’re already made of? Far, far worse shit.

KFC is trying to create the world’s first laboratory-produced chicken nuggets, part of its “restaurant of the future” concept, the company announced. The chicken restaurant chain will work with Russian company 3D Bioprinting Solutions to develop bioprinting technology that will “print” chicken meat, using chicken cells and plant material.

KFC plans to provide the bioprinting firm with ingredients like breading and spices “to achieve the signature KFC taste” and will seek to replicate the taste and texture of genuine chicken.

It’s worth noting that the bioprinting process KFC describes uses animal material, so any nuggets it produced wouldn’t be vegetarian. KFC does offer a vegetarian option at some of its restaurants; last year it became the first US fast-food chain to test out Beyond Meat’s plant-based chicken product, which it plans to roll out to more of its locations this summer.

Bioprinted nuggets would be more environmentally friendly to produce than standard chicken meat, KFC says, citing (but not linking to) a study by the American Environmental Science and Technology Journal it says shows the benefits of growing meat from cells, including reductions in greenhouse gas emissions and energy consumption compared to traditional farming methods.

“3D bioprinting technologies, initially widely recognized in medicine, are nowadays gaining popularity in producing foods such as meat,” Yusef Khesuani, co-founder of 3D Bioprinting Solutions said in a statement announcing the KFC partnership. “In the future, the rapid development of such technologies will allow us to make 3D-printed meat products more accessible and we are hoping that the technology created as a result of our cooperation with KFC will help accelerate the launch of cell-based meat products on the market.”

3D bioprinting is a slow, laborious process. although there have been some promising developments toward its use in medicine. Researchers at the University of California at Berkeley working on a process to bioprint human organs for transplantation noted last year that biological materials tended to deteriorate before the process was completed. Their method called for freezing the biological material as it was being printed. Experts believe there’s still a long way to go before 3D bioprinting will be able to create functioning organs for transplant patients, however.

KFC says its bioprinted nuggets will be available for final testing in Moscow this fall. The announcement didn’t detail how the process it’s testing in Russia differs from other 3D bioprinting efforts, but said “there are no other methods available on the market that could allow the creation of such complex products from animal cells.” No word on when or if the printed nuggets might be available for KFC customers to sample.