‘Fast and Furious 9’ is probably going to space, teases star Ludacris. This is the logical and fucking perfect continuation, dudes 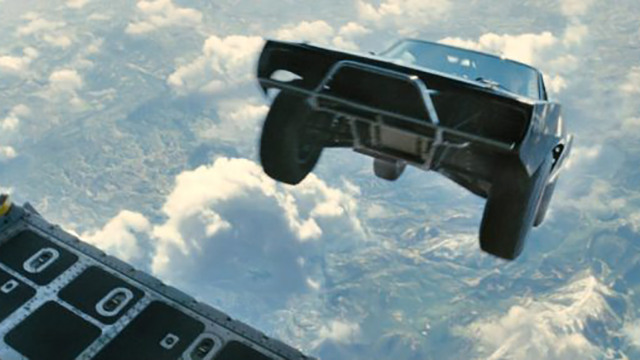 F9 star Ludacris is teasing something big, my dudes. Specifically?The Fast and Furious franchise is going to space, friends. Fucking finally! The franchise, perhaps one of the greatest ever, has succeeded by continuously jumping over the shark. And if there’s one thing they gotta tackle before it comes to an end, it’s the fucking cosmos.

It appears Fast & Furious 9 will be out of this world. While a guest on Thursday’s SiriusXM’s The Jess Cagle Show, Ludacris tipped his hand and alluded that a portion of the highly-anticipated F9 will take place in space.

The reveal happened when co-host Julia Cunningham said she was trying to imagine how the blockbuster series could possibly keep topping itself with plots when she mentioned a few scenarios, which included space.

“I will say that you are very intuitive, because you said something right, but I’m not going to give it away” the rapper and franchise actor said.

Cunningham tried to pry the answer out of him, saying she bet it was space, which is when the actor covered his mouth as though he let a secret slip. Ludacris then tried to play coy. “I don’t know. I don’t know what you said,” the actor teased.

The franchise going to space has been a rumor for a little while. Last year, series screenwriter Chris Morgan was asked about a space adventure as possibility. He replied, “I will say — what’s the best way to answer this? — you’ll have to wait and see. Listen, as long as the stakes were set up correctly, then I’m down for whatever.”

Universal’s F9 was originally scheduled to be released May 22, but was pushed until April 2, 2021, due to the novel coronavirus pandemic. Ludacris noted that was not necessarily a bad thing.

“That just gives the editors a little more time to perfect it even more. So, now I can only imagine what’s going to happen,” he said. “Hypothetically, if there is a Fast 10 and 11, and you understand the time the creatives, the people who are writing these scripts right now have to make these the best possible sequels of all time — I can’t even imagine. That is what I am thinking.”