Archives
« Timothy Olyphant is wearing Boba Fett’s armor in ‘The Mandalorian’ Season 2 and playing a Sheriff. Fucking perfect. PERFECT.
Space Swoon: Astronomers appear to have taken first images of a planet being born. The Cosmic cycle at its beginning! »

Snyder Cut of ‘Justice League’ is coming to HBO Max in 2021. A new plague shall sweep the pop culture world next year! 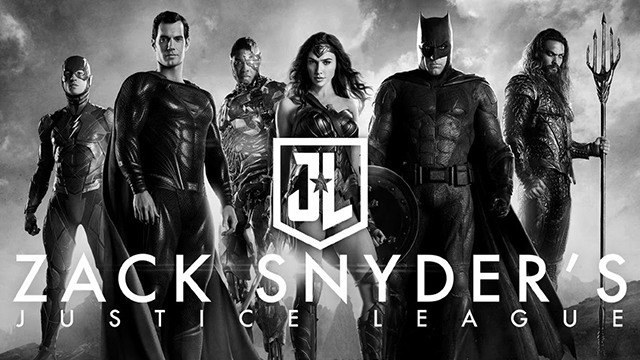 Zack Snyder sucks. He sucks. And anyone who has read a DC comic book or seen more than four movies should know this. But, the news that the Snyder Cut of Justice League is coming will make more than a few delirious stans happy.

But, I actually love that Zack Snyder knows so many of us rightfully hate his color palette, and so he announces his cut with a black and white image. It’s the ultimate troll, however the dude can kiss my ass.

The “Snyder Cut” is real and it’s coming to HBO Max. During a Vero livestream of Man of Steel on Wednesday, Zack Snyder finally confirmed once and for all that fans will get to see his mythical edit of Justice League. The director’s cut will arrive to the streaming platform in 2021.

“Since I got here 14 months ago, the chant to #ReleaseTheSnyderCut has been a daily drumbeat in our offices and inboxes,” said Robert Greenblatt, chairman, of Warner Media Entertainment and direct-to-consumer, in a statement. “Well, the fans have asked, and we are thrilled to finally deliver. At the end of the day, it really is all about them and we are beyond excited to be able to release Zack’s ultimate vision for this film in 2021. This could never have happened if it weren’t for the hard work and combined efforts of the teams at HBO Max and Warner Bros. Pictures.”

The idea of the Snyder Cut originated shortly before Justice League was first released back in 2017. Snyder was the director for Justice League principal photography, but a family tragedy caused him to step down before reshoots. He was then replaced by Joss Whedon, who was reportedly given free rein to make changes. Before Snyder stepped down, Warner Bros. supposedly asked him to lighten the movie’s tone and make it a little funnier, thanks in part to the extremely negative reactions to the dour Batman v Superman and the positive audience response to Suicide Squad.

Even before the movie came out, a rumor circulated that Snyder had made his own more personal cut of the movie. Supposedly his cut kept the movie’s darker, more serious tone. It was never clear if this was a typical pre-reshoots cut of the movie or something more.

While Snyder himself, and the various Justice League actors, have teased the existence of the cut numerous times over the last three years, it’s never been available for fans (and, technically, never confirmed as real). Now WarnerMedia, in an effort to lure people to the new HBO Max streaming service, will release some version of Snyder’s Justice League that the company hopes will scratch an itch for vocal fans.

As for what the Snyder Cut will actually be, it’s difficult to say. In the three years since Justice League’s release, Snyder has answered many questions about the cut, including revealing that it is around 214 minutes long and that it was assembled from “almost 90% complete footage.” The director has suggested that it would likely need CG touch-ups, but otherwise insisted that it was nearly complete when he assembled it. A source tells The Hollywood Reporter that whatever additional work is necessary will cost $20 million to $30 million.

“We have a little work to do on it,” Snyder said on Vero.

According to Snyder’s Vero post, Justice League: The Snyder Cut will be available on HBO Max sometime in 2021.