Archives
« Snyder Cut of ‘Justice League’ is coming to HBO Max in 2021. A new plague shall sweep the pop culture world next year!
Hideo Kojima’s longtime producer has joined Tencent. They ain’t fucking around! »

Space Swoon: Astronomers appear to have taken first images of a planet being born. The Cosmic cycle at its beginning! 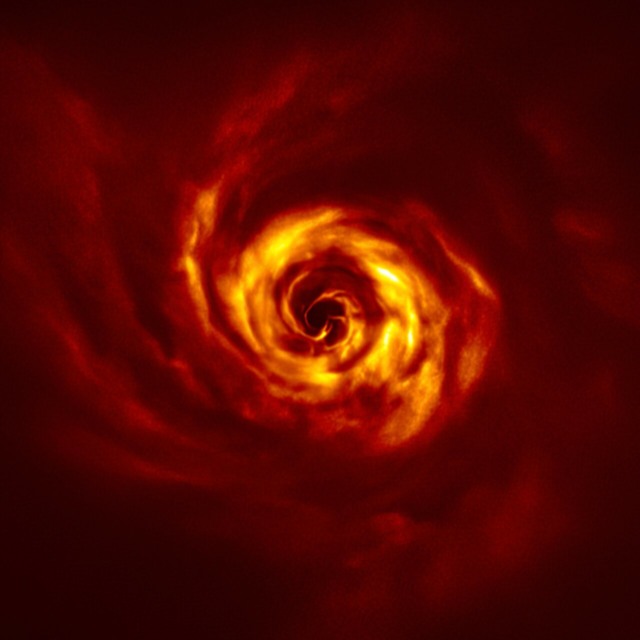 Holy shit, check out this image. Astronomers believe they have captured images of a planet being born. Man. How fucking gnarly is this?

Scientists may have caught the first-ever pictures of a planet being born around a young star, using the European Southern Observatory’s Very Large Telescope (ESO’s VLT).

The stunning images show swirls of dust and gas spiraling around the star system AB Aurigae, about 520 light-years, from Earth and the “twist,” where astronomers suspect a planet is forming.

According to an ESO statement, the research is likely the first direct evidence of a baby planet being born. 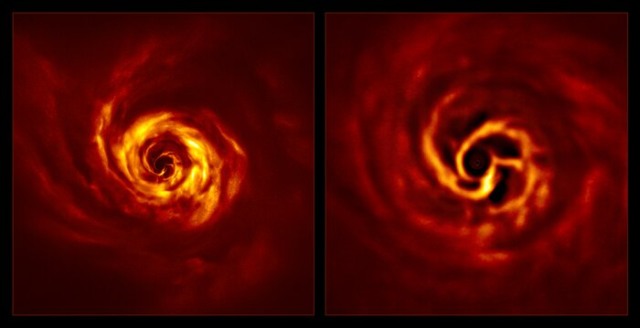 “Thousands of exoplanets have been identified so far, but little is known about how they form,” Anthony Boccaletti from the Observatoire de Paris in France and lead author of the study published in Astronomy & Astrophysics today said in the statement. “We need to observe very young systems to really capture the moment when planets form.”

Emmanuel Di Folco of the Astrophysics Laboratory of Bordeaux (LAB), France and co-author of the study, likened the circulating ripples to “the wake of a boat on a lake.” 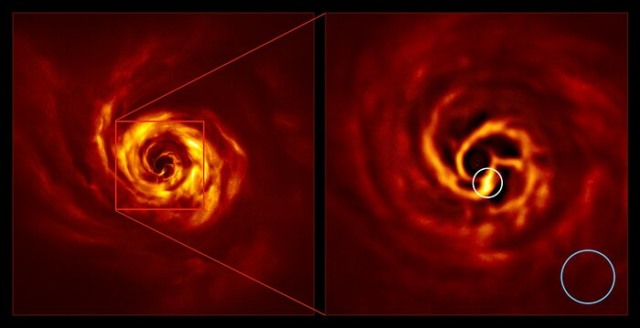 The scientists believe the twist at the center of the image marks the spot where the baby planet could be forming.

A couple years ago, scientists managed to take images of spiral arms of gas surrounding a star that scientists believe were early evidence of planet formation — but the “twist” at the center adds something new to the story.

“The twist is expected from some theoretical models of planet formation, “Anne Dutrey, another co-author from the LAB, said in the statement. “It corresponds to the connection of two spirals — one winding inwards of the planet’s orbit, the other expanding outwards — which join at the planet location.”

The swirls allow gas and dust to collect — and allow planets to form and grow.

Scientists are hoping that a more powerful telescope will allow astronomers to get an even better look.

“We should be able to see directly and more precisely how the dynamics of the gas contributes to the formation of planets,” Boccaletti said.