Archives
« Animated ‘Transformers’ prequel movie coming from ‘Toy Story 4’ director. I can HEAVILY fuck with this, you know?
Nicolas Cage playing Joe Exotic in scripted series from ‘American Vandal’ showrunner. This is a fucking incredible confluence. »

Taika Waititi is officially directing a new ‘Star Wars’ movie and fuck yeah, I’m all in 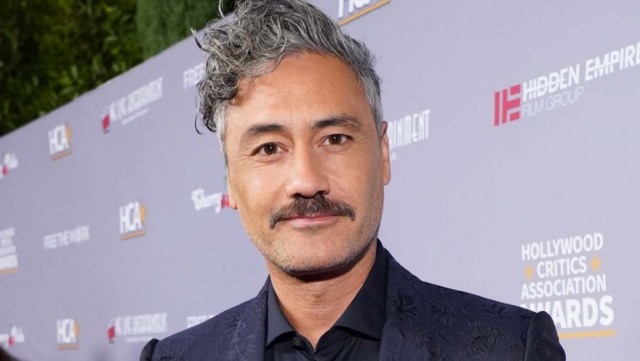 Man! It was rumored, and now it’s official. Taika Waititi is directing a new Star Wars movie. This is so fucking good, my dudes.

At the beginning of the year – back when we were all so young and naive – a rumor surfaced that Taika Waititi might be directing a new Star Wars movie. Looks like that rumor was true! A new Star Wars movie directed by Waititi is officially in the works, with the Jojo Rabbit filmmaker writing the script with 1917 writer Krysty Wilson-Cairns. Waititi is no stranger to the Star Wars universe, having directed an episode of The Mandalorian (in addition to lending his voice to character IG-11.

Joining Waititi on the screenplay will be Academy Award nominee Krysty Wilson-Cairns (1917, Last Night in Soho), who received a BAFTA Award for Outstanding British Film of the Year on the three-time Oscar-winning film, 1917.

In addition, Emmy-nominated writer Leslye Headland (Russian Doll, Bachelorette) is currently developing a new untitled Star Wars series for Disney+. Headland will write, executive produce, and serve as showrunner for the series, which adds to a growing list of Star Wars stories for Disney’s streaming platform including The Mandalorian, now in post-production on Season Two, and two other previously announced series: one based on Cassian Andor’s life prior to the events of Rogue One: A Star Wars Story and another following the adventures of Obi-Wan Kenobi between Star Wars: Revenge of the Sith and Star Wars: A New Hope.

Release dates for both Waititi’s and Headland’s projects have not yet been announced.

As you can see above, there are next to no details about what Waititi’s Star Wars movie might be about. Also worth remembering: we probably won’t be seeing this for a while, since Waititi is likely filming Thor: Love and Thunder first. Plus you have to take into account the fact that everything is shut down at the moment. In short, it’ll be a few years before we see what Waititi is cooking up.

Waititi’s movie is just one of several future Star Wars projects in the works. In addition to Leslye Headland’s show, the Obi-Wan series, and the Cassian Andor series, all mentioned above, there’s also an untitled Star Wars movie from director J.D. Dillard, a movie being worked on by Kevin Feige, and of course, Rian Johnson’s previously-announced trilogy, which may or may not actually happen at this point