Archives
« Taika Waititi is officially directing a new ‘Star Wars’ movie and fuck yeah, I’m all in
Monday Morning Commute: Same as it ever was! » 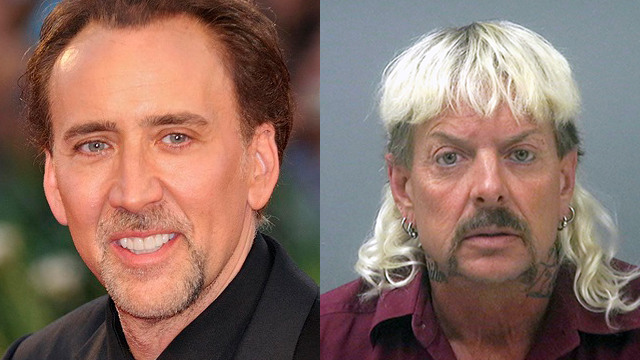 Nicolas Cage is going to be playing Joe Exotic in a scripted TV series, friends. Fucking perfect. Dude is fucking awesome and he’s also bat shit crazy. Thus, he’s about as perfect as you can get when casting Joe Exotic. As well, American Vandal was a goddamn glorious sleeper hit, which mixed the absurd and the insightful. This trifecta is going to fucking rock it, dudes.

Nicolas Cage is set to star in a scripted series centered on Joe Exotic, the subject of the Netflix docuseries “Tiger King,” Variety has learned exclusively.

The eight-episode series is being produced by Imagine Television Studios and CBS Television Studios. It will be taken to market in the coming days. It is based on the Texas Monthly article “Joe Exotic: A Dark Journey Into the World of a Man Gone Wild,” by Leif Reigstad.

The story centers around Joe Schreibvogel, a.k.a Joe Exotic, an eccentric, exotic zookeeper in Oklahoma who fights to keep his park even at the risk of losing his sanity. The series will live in the lion’s den with Joe, explore how he became Joe Exotic, and how he lost himself to a character of his own creation.

The role marks the first television role of Cage’s career. He has long been praised for his film work, having won the Academy Award for best actor for “Leaving Las Vegas” and getting a nomination in the same category for “Adaptation.” He is also known for his starring roles in films like “Moonstruck,” “Raising Arizona,” “Face/Off,” and the “National Treasure” and “Ghost Rider” films. He also recently lent his voice to the Oscar-winning animated film “Spider-Man: Into the Spiderverse.” His upcoming films include “The Unbearable Weight of Massive Talent” and “Pig.”

Lagana was previously the showrunner on the Emmy-nominated Netflix mockumentary series “American Vandal.” His other credits include the MTV series “Zach Stone Is Gonna Be Famous” and the Hulu series “Deadbeat.” He is repped by Make Good Content and Jackoway Austen Tyerman.

This show is the latest project to come out of Imagine and CBS’s co-production and co-finance partnership. The partnership already includes “Why Women Kill” at CBS All Access, “68 Whiskey” at Paramount Network, and “Swagger” at Apple.

This is the second announced scripted series about the bizarre world of “Tiger King.” The first scripted series was announced late late year. Kate McKinnon is attached to star in and executive produce a series based on the Wondery podcast “Joe Exotic,” with McKinnon attached to play Carole Baskin. That series hails from Universal Content Productions. According to sources, the studio is still seeking a writer for the project.

The “Tiger King” docuseries dropped on March 20 and quickly became a media sensation. Variety exclusively reported that the series is estimated to have reached an audience of 34.3 million unique viewers in its first 10 days of availability, according to Nielsen data.