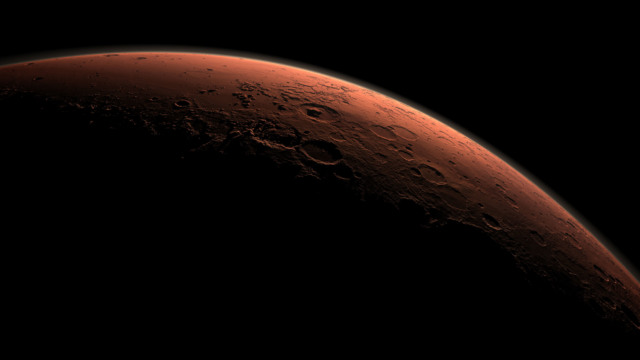 A shit load of microbes have been found living in clay-rich rocks on the Pacific seafloor. Why give a shit about this? Probably myriad reasons, but most importantly for us space nerds? Speaks to the same possibility existing on Mars!

Massive quantities of bacteria have been found living in clay-rich rocks under the Pacific seafloor.

Gizmodo reveals that this huge discovery is raising the possibility of equally resilient microbes that are living deep beneath the surface of the Red Planet.

Ancient volcanic rocks that are beneath the Pacific seafloor are providing a habitat for the dense clusters of various microbial communities, says a new paper that’s been published in Communications Biology.

The microbes were found as deep as 100 meters (330 feet) beneath the seafloor.

“Life will find a home in virtually every crevice that’s available,” according to Jennifer Biddle, an associate professor at the University of Delaware.

She continued and said that “Previous papers over the past 20 years have hinted at this possibility—that lots of microbes can exist within the cracks of ocean crusts—but this paper is nice in that it’s actually the first evidence of active microbes within these particular rocks, and not just their fossilized remains.”

Subterranean microbes were found before as well

The online publication noted that such subterranean microbes had been seen before as well.

Back in 2006, for instance, experts detected bacteria that’s almost 2 miles beneath the surface of the Earth, and then in 2018, scientists have discovered some photosynthesizing bacteria thousands of feet below the surface of an abandoned mine in Spain.

This new discovery is so special because the microbes were alive, and they’ve been pulled out from ancient volcanic rocks. The age is ranging from 13.5 million to 104 million years old.

We recommend that you check out the original article posted by Gizmodo in order to learn all the exciting details of potential life on the Red Planet.

Mars was recently in the spotlight all over again when experts who are analyzing the data that’s sent back by the NASA Curiosity rover have found evidence that there are some organic molecules called thiophenes which on Earth are a result of various biological processes.