Earth got itself a new “mini-moon” until it leaves in a few months! Hell yeah! 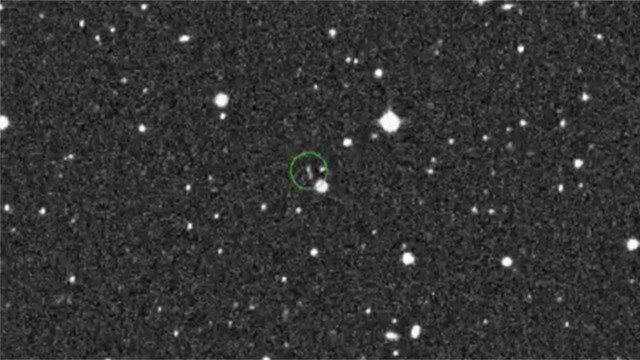 Hey! Earthlings! Check this shit out. We got ourselves a new mini-moon in orbit around us! At leas, for the time being!

Astronomers from the Catalina Sky Survey say they have detected a rare mini-moon around Earth. Sadly, we shouldn’t get too attached to our new natural satellite, as the rock—if that’s indeed what it is—will only hang around for a few months.

The mini-moon, dubbed 2020 CD3 and also known as C26FED2, was seen by astronomers from the Catalina Sky Survey at the University of Arizona on February 15, 2020, reports EarthSky. Senior research specialist Kacper Wierzchos and research specialist Theodore Pruyne waited a few days to announce their discovery, as further observations were required to confirm the object as a mini-moon, or a Temporary Captured Orbiter (TCO).

The International Astronomical Union’s Minor Planet Center (MPC) formally announced the discovery, adding the TCO to its electronic circular on February 25, 2020. Observations made at other observatories “indicate that this object is temporarily bound to the Earth” and “no link to a known artificial object has been found,” according to the MPC, adding that “further observations and dynamical studies are strongly encouraged.”

Though rare, our planet occasionally hosts a temporary mini-moon—a tiny asteroid that loops around Earth for a short while until it breaks free and ventures back into deep space, where is resumes its solo journey around the Sun.

Astrophysicist Tony Dunn used an orbital simulator to model the orbital trajectory of 2020 CD3 as it loops around Earth. The object is expected to leave Earth’s orbit at some point in April 2020 and resume its normal orbit around the Sun, according to a tweet by Space Initiatives Inc.

If confirmed, this would be only the second known mini-moon to orbit the Earth, the other being 2006 RH120 (also known as 6R10DB9), which hung around from September 2006 to June 2007. This object, with a diameter estimated between 2 to 3 meters (6.5 to 10 feet), was also discovered by Catalina Sky Survey scientists.

Grigori Fedorets, an astronomer at the University of Helsinki, said the new discovery should be treated with caution.

“In my opinion, it is a little too early to write a story on this object,” Fedorets told Gizmodo. “It may still turn out that this object is of artificial origin [i.e. a human-made satellite]. Our international team is continuously working to constrain a better solution.”

Fedorets said that orbital calculations, when made from just a few data points, can result in many possible solutions. As more data is added, however, the possible orbital trajectories are better constrained, he said. That said, 2020 CD3 does appear to be in a geocentric orbit (an object in orbit around Earth, as opposed to a heliocentric orbit around the Sun), albeit temporarily.

“This is a rare event, the first one was discovered 14 years ago, and this may prove to be the second one,” said Fedorets. “Objects like this permit us to constrain the size-frequency distribution of the small bodies of the solar system, and, in particular, the near-Earth object population, so we know how many are out there.”

Indeed, TCOs may be rare, but they are of great scientific interest. Research published in 2018 showed that mini-moons could help us to better understand asteroids and how they form and the complex dynamics between celestial bodies, among other things. Importantly, research into mini-moons could also improve our ability to detect dangerous incoming objects.