Archives
« Earth got itself a new “mini-moon” until it leaves in a few months! Hell yeah!
‘Saint Maud’ Trailer: May the lord bless this terrifying religious horror! » 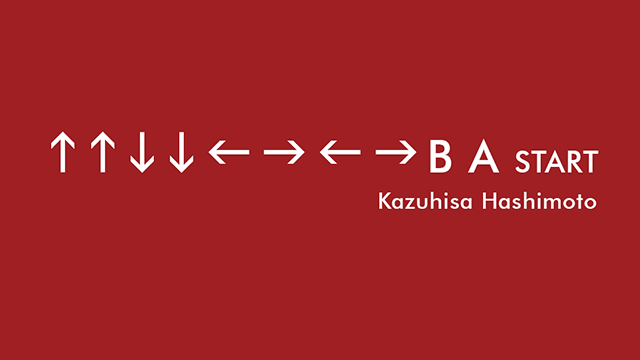 If you’re like me and grew up gaming in the 1980s, you know the Konami code. And while I suppose I knew someone had to create it, I never knew dude’s name until now. Kazuhisa Hashimoto was his name, and he has passed away. Rest in peace, creator of such a seminal part of my childhood.

Kazuhisa Hashimoto, the creator of the iconic Konami code, has died. News of Hashimoto’s death was announced on social media on Wednesday by Yuji Takenouchi, a composer who’s worked with Konami in the past. Hashimoto worked on several fan-favorite classics like Gradius, but his most memorable accomplishment to many was the creation of the Konami code used in Konami’s games and by others for years to come. He was 61 years old.

Takenouchi shared the news of Hashimoto’s death on social media on Wednesday while reminding his followers what the developer was best known for. He said “we pray for the souls” and hoped Hashimoto would “keep making games in heaven.”

The Konami code as many will recall is “Up, Up, Down, Down, Left, Right, Left, Right, B, A,” followed by “Start” to finish the input. It was first created by Hashimoto for use in a console port of Gradius, the game where players controlled a spaceship and took on waves of enemies. Inputting this code while playing the game would unlock players a vast array of powerups.

The story goes that Hashimoto created the code after realizing the version of Gradius he was working on was too challenging. The code was left in the finished game and was eventually discovered by players who used it to their advantage. Dubbed the “Konami Code,” it eventually was added to other Konami games like Contra as an Easter egg that allowed players to acquire various other unlocks.

Hashimoto’s iconic Konami Code didn’t just remain in Konami games alone though. It was eventually used by other developers as a clever Easter egg and a homage to the original. The code was easy to remember, just as Hashimoto intended, which meant it was a simple process for people to recall it and test it in games to see if it works. Examples of it appearing recently include its appearance in Fortnite as well as on the Google Stadia controller.