Archives
« Rosario Dawson cast as a lead in HBO MAX’s adaptation of comic ‘DMZ’ and I am here for it!
‘Captain Marvel’ sequel in the works with new writer. Higher, further, faster, better writing! »

‘The Witcher’ is getting an anime movie on Netflix, cause why the fuck not? 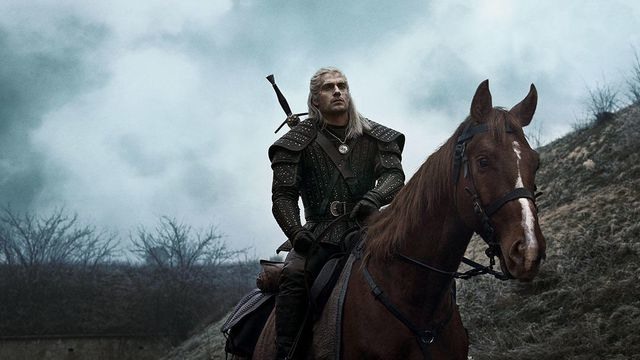 So many people have recommended The Witcher to me that I’m actually gonna check it the fuck out! And, I imagine when I’m done watching it, I’ll now also watch this anime based on it. Well done, you absolute fucks.

Netflix has been singing the praises of Henry Cavill’s The Witcher, including claiming (based on some questionable data) that it’s the most successful series in the history of the streaming platform. Season two is on track for a 2021 release but fans may not have to wait that long to toss a coin to their favorite Witcher because a spinoff anime film is in the works.

io9 has confirmed that Netflix is currently developing The Witcher: Nightmare of the Wolf, a standalone anime film that is designed to expand the world of Netflix’s series. According to the plot description, the movie “explores a powerful new threat facing the Continent.”

Nightmare of the Wolf is being helmed by The Witcher showrunner Lauren Schmidt Hissrich and writer Beau DeMayo, who also worked on the first season. Studio Mir, the Korean animation company behind The Legend of Korra and Netflix’s Voltron: Legendary Defender, will be the folks creating it. No other details are available yet, including whether Henry Cavill, Anya Chalotra, and others will be reprising their roles in the movie.

The news came after fan site Redanian Intelligence uncovered the Writers Guild of America West site has an entry from October 1, 2019 for The Witcher: Nightmare of the Wolf. It isn’t surprising that Netflix would want to pursue a separate film set within the world of The Witcher. After all, that’s kind of where the adaptation started. According to Publishers Weekly, Netflix producers had originally discussed making a movie based on Andrzej Sapkowski’s Witcher series but creative executive Kelly Luegenbiehl said it wouldn’t be enough, reportedly telling the producers: “How can you take eight novels and just turn it into a film?”

The Witcher may have evolved into a television show, but the idea of making a movie or another kind of separate project hasn’t dissipated. In an earlier interview with Telewizja Polsce (via Redanian Intelligence), executive producer Tomek Baginski had said they were “planning a few more interesting surprises between seasons” but wouldn’t elaborate on what those would look like. Rumors had suggested an animated project, based on a separate interview Baginski had with IGN Poland, which I guess turned out to be true!

The Witcher’s first season is currently available on Netflix and it’s already been renewed for season two, which is set to premiere sometime in 2021. We’ll bring you more on The Witcher: Nightmare of the Wolf as we know it.