Archives
« Xbox Series X photos leak online, and show its back ports. Show me them back ports, yo!
‘The Witcher’ is getting an anime movie on Netflix, cause why the fuck not? » 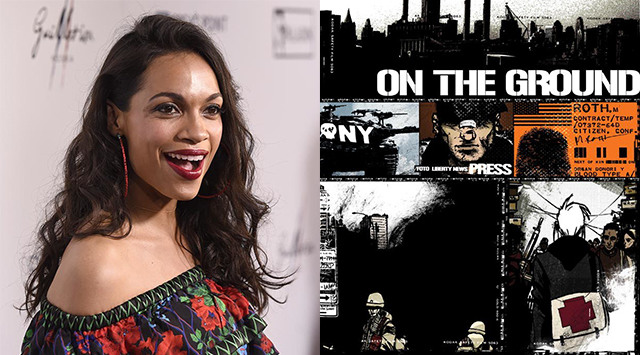 Rosario Dawson has been cast as the lead in the upcoming HBO Max pilot “DMZ,” which has Ava DuVernay on board as a director and Roberto Patino in place as writer-showrunner.

The prospective series, which is based on the DC comic books of the same name, is described a futuristic drama set in an American civil war. Filming on the Warner Bros. Television pilot is set to begin in soon.

In the near future, the aforementioned civil war leaves Manhattan a demilitarized zone (DMZ), destroyed and isolated from the rest of the world. “DMZ” chronicles the journey of female medic Alma Ortego (Dawson) who saves lives while desperately searching for her lost son. She has to contend with the gangs, militias, demagogues and warlords that control the lawless no man’s land.

Dawson is set to star in the Sam Esmail-produced USA Network anthology series “Briarpatch,” premiering Feb. 6. Her Nickelodeon animated series “It’s Pony” premiered last week and her next project on the film front will likely be David Oyelowo’s directorial debut “The Water Man,” in which star will star opposite Oyelowo himself and Alfred Molina.

DuVernay’s involvement in the project is no surprise given her multi-year deal with WBTV, which she signed back in Nov. 2018. The “When They See Us” creator is also attached to helm the DC superhero feature “New Gods.”

Patino, who also has an overall deal with WBTV, is best known for his writing on the NBC series “Prime Suspect,” the FX show “Sons of Anarchy,” and HBO’s mind-bending sci-fi-western series “Westworld.”

The pilot is produced by DuVernay’s Array Filmworks, in association with Warner Bros. Television.