Archives
« ‘The Witcher’ is getting an anime movie on Netflix, cause why the fuck not?
That Obi-Wan TV series is currently on “indefinite hold” as they unfuck the scripts. For fuck’s sake, Lucasfilm. » 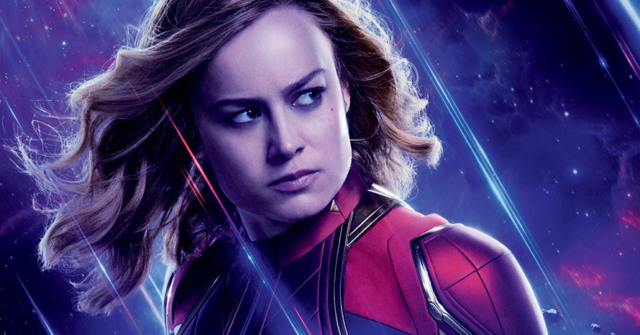 I really like the character Captain Marvel, but I was meh as hell on her solo movie. So, I’m stoked she’s getting a sequel, but I’m even more stoked it is getting a new writer.

The first “Captain Marvel” was the 22nd Marvel Studios film and its first with a solo female lead. The blockbuster hit was directed by the writer/director duo of Anna Boden and Ryan Fleck. Boden and Fleck co-wrote that script with Geneva Robertson-Dworet, and those three shared story credit with Nicole Perlman and Meg LeFauve. Before their breakout success, Boden and Fleck previously directed episodes of “The Affair” and “Billions.” The news of a single writer being tapped could signal Marvel Studios head Kevin Feige’s plan to hire auteur writers and directors, and lean away from filmmaking by committee.

Brie Larson will return as the plucky fighter pilot, who discovered her superhero powers in the first film while recovering elements of her past. The film starred Samuel L. Jackson as Nick Fury, Lashana Lynch as Carol’s best friend Maria, Annette Bening as her mentor, and Ben Mendelsohn as the Skrull leader.

Though the film was not one of the main projects discussed in Feige’s big reveal of Marvel’s Phase 4 line-up back in July at San Diego Comic-Con, Feige did mention “Captain Marvel 2″ as one of the projects in the works, along with “Black Panther 2” and “Guardians of the Galaxy, Vol. 3.” The confirmed Phase 4 movies to be released in 2020 include a “Black Widow” standalone project starring Scarlett Johansson from “Berlin Syndrome” director Cate Shortland, as well as “The Rider” director Chloé Zhao’s take on “The Eternals,” which is rumored to include the MCU’s first out gay superhero.