Archives
« Lucasfilm wants Taika Waititi for new ‘Star Wars’ movie. BRO, don’t even kid about this, I need it
Quentin Tarantino writing and directing five episodes of ‘Bounty Law’ which is the show from ‘Once Upon A Time In Hollywood’ »

Jon Favreau has posted a photo of George Lucas meeting Baby Yoda and its too pure for this world. 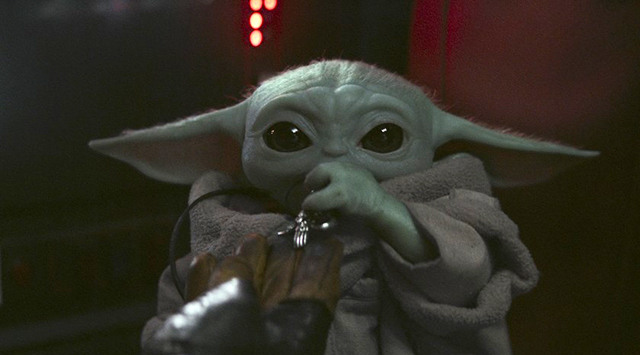 Jon Favreau has posted a picture of George Lucas with Baby Yoda. That’s it, that’s the whole article. I would call this article clickbait, but guys, we don’t make any fucking money here. It’s just me sharing a picture I find genuinely heartwarming, in my older, softer state. God bless Baby Yoda, god bless The Mandalorian, god bless Star Wars.

After the jump ’cause honestly a bit shaky. C’mon, Favreau. 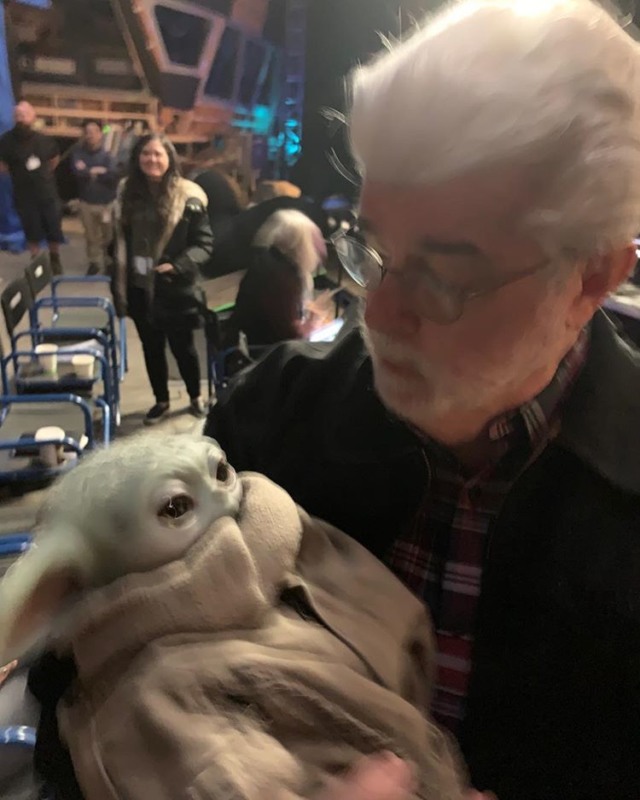 The creator has met The Child. While the live-action Star Wars series The Mandalorian kept its co-lead under wraps until the series aired, it didn’t take long for the world to fall in love with “Baby Yoda.” Officially referred to as “The Child” in the script, the young character is basically the ward of Pedro Pascal’s titular bounty hunter throughout the first season of the Disney+ series. Creator Jon Favreau opted to go old school and bring Baby Yoda to life mostly using a puppet, although there are instances throughout the first season where CGI was used.

But this means there exists a physical puppet of The Internet’s Son, and yesterday Favreau shared a photo of a very special someone holding Baby Yoda: George Lucas. Indeed, the Star Wars architect met his spawn, and the result is an adorably awkward photo that resembles a grandfather holding his grandson for the first time.

Lucas visited the set of the first season of The Mandalorian so it’s unclear if this photo is from that time, or if it’s a new photo from the currently-filming second season of the series. Lucas’ protégé Dave Filoni made his live-action debut directing episodes of Season 1, who also had a hand in writing some of the episodes as well.

I am quite interested to see some sort of making-of documentary for this show. Favreau and his team used cutting edge technology to render the space-set backgrounds in real time, which is pretty much the only way a TV show of this scale can be made that quickly. And of course I want to see how Puppet Baby Yoda fit into everything.

Check out the photo of George Lucas holding Baby Yoda below, and brace for it to become a new internet meme. The Mandalorian Season 2 premieres on Disney+ later this year.