Archives
« Jon Favreau has posted a photo of George Lucas meeting Baby Yoda and its too pure for this world.
Oscar Isaac producing and starring in Brian K. Vaughan adaptation ‘The Great Machine’ and this fucking rules! » 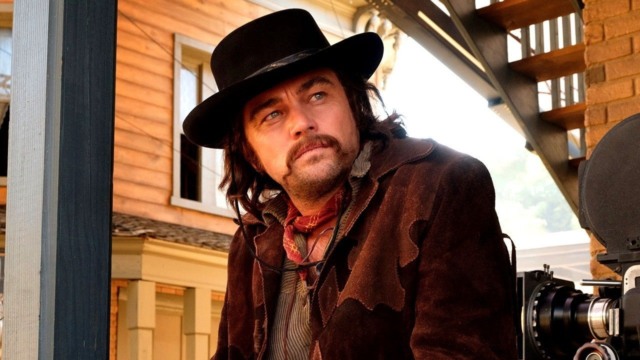 Quentin Tarantino is returning to the well with Jake Cahill, folks. Dude is going to be writing and directing a five-episode spin-off from Once Upon A Time In Hollywood. The show will be five episodes of the one introduced within the movie, Bounty Law.

It’s Jake Cahill, and he goes by Bounty Law! Do you want more of that? Well, you’re gonna get it, and Quentin Tarantino himself is gonna direct. That’s right, the man himself is planning a five episode spinoff of fictional TV series Bounty Law, as featured in the Academy Award-nominated Once Upon a Time in Hollywood.

“As far as the ‘Bounty Law’ shows, I want to do that, but it will take me a year and a half,” Tarantino told Deadline and said, ”I ended up writing five half-hour episodes. So I’ll do them, and I will direct all of them.”

The fictional series follows Jake Cahill as he wonders the old west looking for bounties to collect. In Once Upon a Time in Hollywood, the show marks one of the high points in the career of actor Rick Dalton (played by Leonard DiCaprio) before his gradual descent into mediocrity.

“It got an introduction from ‘Once Upon a Time in Hollywood,’ but I don’t really consider it part of that movie even though it is,” Tarantino said. “This is not about Rick Dalton playing Jake Cahill. It’s about Jake Cahill. Where all this came from was, I ended up watching a bunch of ‘Wanted, Dead or Alive‘, and ‘The Rifleman,’ and ‘Tales of Wells Fargo,’ these half-hour shows to get in the mindset of ‘Bounty Law,’ the kind of show Rick was on. I’d liked them before, but I got really into them. The concept of telling a dramatic story in half an hour. You watch and think, wow, there’s a helluva lot of storytelling going on in 22 minutes. I thought, I wonder if I can do that?”

No official word on Leonardo DiCaprio’s involvement, or Brad Pitt for that matter, though you’d have to assume they’d be game to reprise their role as Rick Dalton and stuntman Cliff Booth, respectively.