Archives
« Some astronomers believe Jupiter is flinging comets into the solar system. Not stopping them. What the fuck, bro!
NASA’s TESS mission finds Earth-sized planet in the habitable zone. Which is rad and all, but like, it’s 100 light-years away »

Rian Johnson is working on ‘Knives Out 2’ so maybe we can actually have nice fucking things! 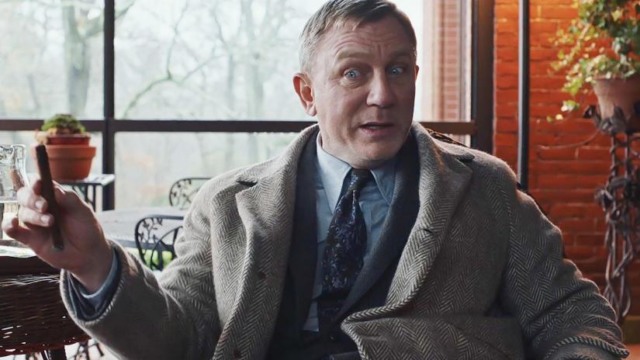 Rian Johnson ate way too much shit for The Last Jedi. And, instead of being bitter at our caterwauling asses, gave the world Knives Out. A charming as fuck original movie. All while being excessively nice. So, it’s great to see the movie succeed, and even more awesome to hear it’s getting a sequel.

Speaking to The Hollywood Reporter, Johnson said the sequel would feature Daniel Craig’s Southern detective taking on a new case. Nothing is set in stone just yet — Lionsgate has yet to greenlight the project, and nobody has officially signed on. That said, Johnson’s producing partner Ram Bergman described Craig as being eager to step back into Blanc’s shoes, and given that Craig is expected to hang up the mantle of 007 in April’s No Time to Die, it seems like a natural next move for the star. A sequel also feels like a natural next move for Lionsgate, as Knives Out was a huge success, raking in $247 million worldwide after being made on a $40 million budget.

That said, “sequel” isn’t Johnson’s preferred terminology. While discussing future films in an interview with UPROXX, Johnson said that future movies wouldn’t really be sequels: “The idea of doing more of these with Daniel as his character, is not sequels. It’s just what Agatha Christie did. It’s just coming up with a whole new mystery, a whole new location, all new cast, whole new mechanics of the appeal of a mystery and everything.”

As for when we’ll see Blanc again, Johnson said he was eager to get the next film made quickly, ideally some time in the next year.