Archives
« Weekend Open Bar: Hoth by any other name!
Peter Sarsgaard cast in ‘The Batman’ probably as Two-Face. Another day, another insane casting for this fucking movie! » 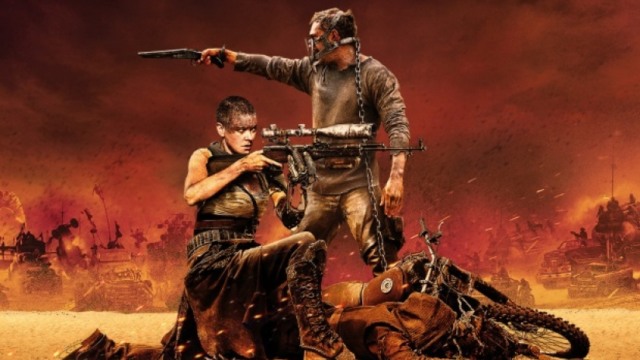 Man, I’m glad to hear that George Miller is working on the sequel to Fury Road. However, bro got to hurry up! Feels like we’re on borrowed time, and sooner or later the franchise is going to go from social commentary to social reality. That is, if it hasn’t already.

George Miller has secured financing for his next movie, “Three Thousand Years of Longing,” and has set a March production start in Australia with stars Idris Elba and Tilda Swinton (via Deadline). The movie will be Miller’s first directorial feature since 2015’s “Mad Max: Fury Road.” While Miller is taking a “Mad Max” break, he confirmed to Deadline that he will multitask during the “Three Thousand Years of Longing” production to work on pre-production on the next “Mad Max” movie. Miller says he’s already prepping the “Fury Road” sequel.

“One thing I can tell you; it’s not [another ‘Fury Road’],” he said. “It’s a movie that is very strongly visual, but it’s almost the opposite of ‘Fury Road.’ It’s almost all interior and there’s a lot of conversation in it. There are action scenes, but they are by the by and I guess you could say it’s the anti-Mad Max.”

“I’m not done with the Mad Max story and I think you have to be a multitasker, and there’s certainly another Mad Max coming down the pike after this,” Miller said. “We’re in preparation on that as well. It’s an interesting question, the idea of multitasking. I discuss this with other filmmakers and I think what happens to me is that when you’re working on one thing, and you get so distracted and focused on that one thing, it’s like a creative holiday to focus on the other one for a bit. It helps you achieve that objectivity, to look at the thing afresh each time and say, I thought I was doing this, but it doesn’t seem to be the case now.”

The long wait for a “Fury Road” sequel has been the result of a lawsuit between Miller’s production company, Kennedy Miller Mitchell, and Warner Bros. The production company claimed it’s eligible for $9 million after it delivered “Fury Road” under the agreed budget of $157 million. Warner Bros. claims Kennedy Miller Mitchell broke contract over the film’s intended runtime and rating, delivering a 120-minute R-rated film when it allegedly agreed to a 100-minute PG-13 film. The tension between the two parties must be cooling off if Miller is prepping a “Fury Road” follow-up. The director has said for years he has two “Fury Road” sequels in mind, plus a separate film centered around Charlize Theron’s Furiosa.