Archives
« Nicolas Cage playing Nicolas Cage in a movie about Nicolas Cage. Holy fucking meta, comrades!
‘The Expanse’ Season 4: The Crew goes through the Ring Gate. What could go wrong? » 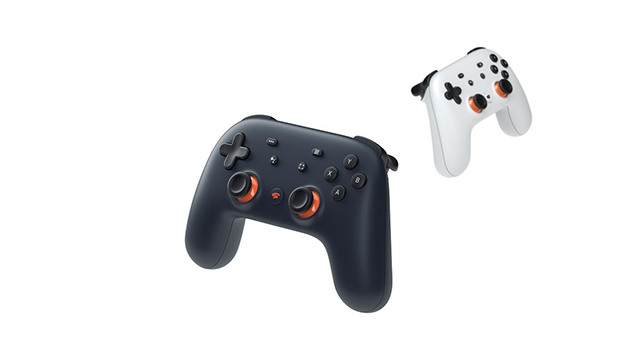 Snarky headline aside, I think Google Stadia is playing the long game. Not really trying to come out and set the Earth on fire. However, the list of features and games at launch kept shrinking. And shrinking. Somebody must have noticed the public dismay. How do I know? The company nearly doubled the amount of titles that are going to be available at launch.

Google’s Stadia cloud gaming service is just two days away from launch — a launch that’s taken some serious criticism (including from yours truly at The Verge) because the company keeps revealing that most of the service’s promised features and games won’t be ready. But now, Google has given its early adopters a welcome surprise for a change: 22 games will be ready to play on day one, nearly double the number that Google said would be available as of last week.

Some of these titles weren’t slated to arrive until 2020 by Google’s last estimate, but Stadia boss Phil Harrison replied to one of my tweets with this explanation:

Here’s the revised launch list of titles the company just shared on Sunday evening, with newly added ones in bold:

Rise of the Tomb Raider

Shadow of the Tomb Raider

In addition, Tom Clancy’s Ghost Recon Breakpoint, a title that was previously slated for 2020, will now arrive by the end of 2019 instead; and Doom: Eternal, Watch Dogs: Legion, Gods & Monsters, and Cyberpunk 2077 are now all now officially confirmed for Stadia release in 2020. You can see the updated release slate here.