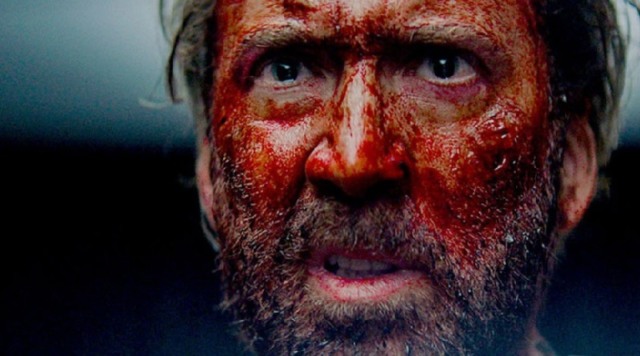 I say this without irony: Nic Cage is one of the best actors working in Hollywood. Unfortunately, he usually stars in slop so he can pay off his incredible debt. However, this new movie he’s working on? Where he’s playing himself in a movie about himself? Sounds Kaufman-esque, and I’m here for it.

Nicolas Cage, wonderful actor and Prince of Memes, might be about to ascend to another plane of existence. Because Nicolas Cage is in talks to play Nicolas Cage in a movie about – wait for it – Nicolas Cage. The film is The Unbearable Weight of Massive Talent, and Cage would play a fictionalized version of himself having to reckon with his career choices while also getting mixed up in a plot involving the CIA and a drug cartel kingpin.

Sometimes I worry we take Nicolas Cage for granted. That our collective joy at watching him go completely off the rails has lead him down a strange path, one where he gets pigeonholed into weird, goofy nonsense. At the same time, it really seems like Cage gives all of his roles his full attention. Sure, he has a mountain of debt to pay-off, but damn it, he’s not going to half-ass his work.

Cage’s entire career seems to have been building towards this very moment: THR says he’s in talks to play himself in The Unbearable Weight of Massive Talent, a film that Lionsgate beat out HBO Max and Paramount to make. The plot sounds…wild, y’all. In the film, Nicolas Cage is desperate to land a role in a new Quentin Tarantino movie.  He’s also “dealing with a strained relationship with his teenage daughter. He also occasionally talks to an egotistical 1990s version of himself who rides him for making too many crappy movies and for not being a star anymore.”

Much like the real Cage, this movie Cage is “under a mountain of debt.” These debts force Cage to “make an appearance at the birthday party of a Mexican billionaire who happens to be a fan of Cage’s work and secretly hopes to show him a script on which he’s been working.”

This is already pretty strange, but here’s where things get really far-out:

While he bonds with the man, Cage is informed by the CIA that the billionaire is actually a drug cartel kingpin who has kidnapped the daughter of a Mexican presidential nominee, and is recruited by the U.S. government to get intelligence. The situation spirals even more dramatically when the Mexican brings over Cage’s daughter and his ex-wife for a reconciliation, and when their lives are on the line, Cage takes on the role of a lifetime.

If all of that wasn’t enough to hook you, you should also know that the film references real Cage movies like Leaving Las Vegas, Face-Off, and Gone in 60 Seconds, and that the script that Cage and the alleged drug kingpin are writing “begins to mirror events on the storyline.”

The script comes from Tom Gormican and Kevin Etten, and Gormican is attached to direct. Sources tell THR that Gormican wrote a letter to Cage stating that the script “was a love letter to the actor, not something that made fun of him.” And Cage apparently agreed, and that’s why he’s now in talks.

I am dying to see this, and I’m sure you do, too – how can you not want to watch Nic Cage play himself?