Archives
« ‘Beverly Hills Cop 4’ coming to Netflix with option for a fifth. I’m fucking in, dudes!
Curiosity Rover finds weird oxygen fluctuations on Mars. We’re on to you, Illuminati! »

‘Black Adam’ is dropping December, 2021. Look at this hilariously shit-ass poster The Rock shared to announce it! 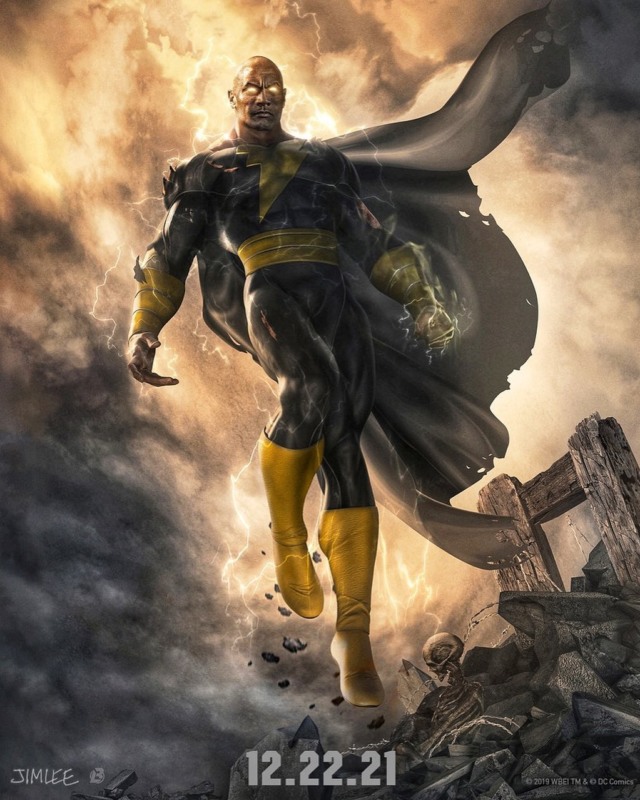 Black Adam! You know the DC movie featuring Dwayne Johnson that’s been in development forever? It’s got a release date! December 22, 2021. The Rock announced it with an official poster that sucks, just like all his movies. Well, outside the Furious franchise, but whatever.

Dwayne “The Rock” Johnson has been attached to a Black Adam movie since at least 2007. Now, it’s finally happening. Johnson already confirmed production was set to begin soon. Now, the actor/muscular fellow has revealed a concept art poster and an official release date.

If you’ve been patiently waiting to see the Rock as Black Adam, your patience will soon be rewarded. The movie finally has a release date: December 22, 2021. The Rock confirmed this via the Instagram post above, which includes some art from Jim Lee and Boss Logic.

“Like most kids growing up, I dreamed about being a superhero,” The Rock writes, adding:

“Having cool superpowers, fighting for what’s right and always protecting the people. It all changed for me, when I was 10yrs old and was first introduced to the greatest superhero of all time – SUPERMAN. As a kid, Superman was the hero I always wanted to be. But, a few years into my fantasy, I realized that Superman was the hero, I could never be. I was too rebellious. Too rambunctious. Too resistant to convention and authority. Despite my troubles, I was still a good kid with a good heart – I just liked to do things my way. Now, years later as a man, with the same DNA I had as a kid – my superhero dreams have come true. I’m honored to join the iconic #DCUniverse and it’s a true pleasure to become, BLACK ADAM. BLACK ADAM is blessed by magic with the powers equal to SUPERMAN, but the difference is he doesn’t toe the mark or walk the line. He’s a rebellious, one of a kind superhero, who’ll always do what’s right for the people – but he does it his way. Truth and justice – the BLACK ADAM way. This role is unlike any other I’ve ever played in my career and I’m grateful to the bone we’ll all go on this journey together. BLACK ADAM 12.22.21 “

It’s a little odd that Johnson spends the bulk of this post talking about Superman instead of Black Adam, but whatever. The character is typically a Shazam villain, and there was some talk about Johnson’s Black Adam popping up in the Shazam! movie. That didn’t happen (although the character was referenced). Now we have to wonder how this is going to all play out. Will Shazam have a role in the Black Adam movie? Or will Black Adam have his own solo adventure before a sequel brings him and Shazam face to face?