‘Beverly Hills Cop 4’ coming to Netflix with option for a fifth. I’m fucking in, dudes! 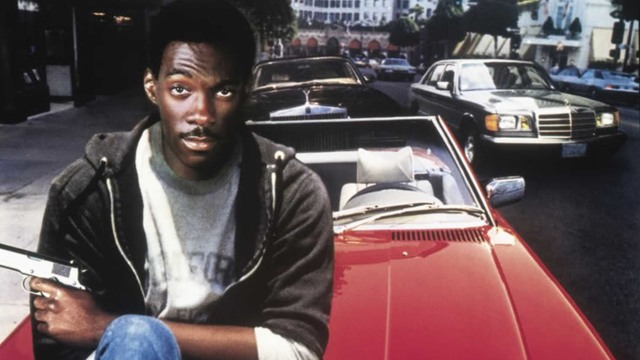 Beverly Hills Cop 4 has been in the works for years. But with the recent comeback being staged by Eddie Murphy after his starring role in Dolemite Is My Name, as well as the forthcoming sequel to the classic 1980s comedy Coming to America, there has been renewed interest in the return of detective Axel Foley. However, with the recent disappointing box office performance of Terminator: Dark Fate, it sounds like Paramount Pictures may be a bit nervous about the potential box office returns of a Beverly Hills Cop revival, because they’ve licensed the rights to Netflix to make the movie instead.

Deadline has word on Netflix making Beverly Hills Cop 4 instead of Paramount Pictures. The studio has already been developing the movie to shoot after Coming 2 America has finished production, but now Netflix will take over, giving the streaming giant an established film franchise. As of now, this is a one-time license deal with an option for a sequel that could make the deal even bigger and more lucrative. Perhaps Paramount thinks getting paid for Beverly Hills Cop 4 by Netflix is more of a surefire return than the potential box office receipts for the sequel.

This is only good news for Netflix, who has struggled to build a major film franchise of their own. It sounds like they were very happy with the reception of Dolemite Is My Name, and with rumblings of a Netflix special in the works, they’re clearly going all-in on the return of Eddie Murphy. And that sounds great to us.

Paramount has made a habit of sending movies that feel like box office risks to Netflix in recent years. The studio sent The Cloverfield Paradox to the streaming service for a surprise debut after the Super Bowl in 2018, and they sent Annihilation to Netflix outside the United States.

But those movies were already in the can. This will be the first time Netflix is snagging a studio property where they’ll be in control of the film from the beginning, working with Eddie Murphy and producer Jerry Bruckheimer on finalizing the script, landing a director, and getting the whole production together for release on Netflix. We’d like to nominate Shane Black to direct the movie. Heck, if Black wants to set it at Christmas, that’ll only make the franchise feel more refreshing and fun.

Honestly, it’s kind of surprising that Paramount is selling off Beverly Hills Cop 4 since they’re also the studio behind Coming 2 America. But maybe they need to make some fast cash before the end of the year in order to make up for the poor box office returns on Terminator: Dark Fate this month. We’re not sure when we can expect Beverly Hills Cop 4, but we’ll keep you posted as new details become available.