Archives
« ‘Katamari’ creator’s next game ‘Wattam’ drops this December. Dude does his own thing and I fucking love it.
‘Stranger Things’ renewed for Season 4, obviously. Finally leaving Hawkins, too! » 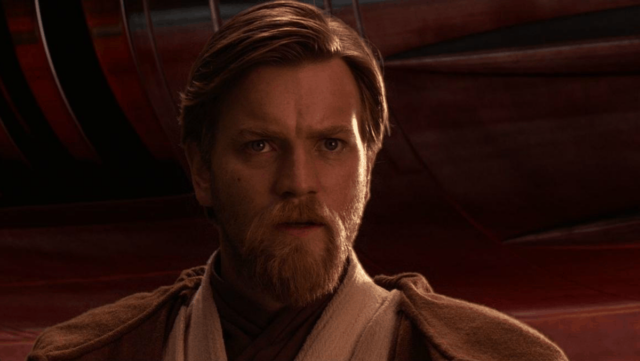 Jesus Fuck, is Disney adding talent to its Obi-Wan series. It’s tapped the director from shows like Better Call Saul, American Gods, and Mr. Robot to helm the entire thing. And, its brought in the writer behind Drive. Like, let’s fucking go!

The Hollywood Reporter broke the news that Deborah Chow has been tapped to direct the yet-untitled Obi-Wan Kenobi series starring McGregor as the fan-favorite character.

Disney didn’t have to look far to find Chow, who has directed two episodes of the highly anticipated upcoming Disney+ series The Mandalorian. Chow also comes to the series with quite an impressive resume in genre shows and otherwise, having directed and worked on shows such as Better Call Saul, American Gods, Lost in Space, Jessica Jones, Reign, and Mr. Robot. The Canadian filmmaker made her feature directorial debut with 2010’s The High Cost of Living.

“We really wanted to select a director who is able to explore both the quiet determination and rich mystique of Obi-Wan in a way that folds seamlessly into the Star Wars saga,” Lucasfilm president Kathleen Kennedy said in a statement accompanying Chow’s announcement. “Based on her phenomenal work developing our characters in The Mandalorian, I’m absolutely confident Deborah is the right director to tell this story.”

Chow comes onto the Obi-Wan Kenobi series as the scripts have all been finished and eyes a production start date of 2020. The series will be written by Hossein Amini (The Alienist, Drive), who serves as executive producer alongside Chow, McGregor, Kennedy, Tracey Seaward (The Queen) and John Swartz (Rogue One: A Star Wars Story). Jason McGatlin, Lucasfilm’s executive vice president of production, will serve as co-producer.

McGregor confirmed at Disney’s D23 Expo in August that he would be reprising his role as the wise (and dashing) Jedi Master in the Disney+ series, but a full cast has yet to be announced. Few plot details have been revealed about the series, which takes place eight years after the events of Star Wars: Revenge of the Sith and during the events of Solo: A Star Wars Story. This could mean that the series could see Obi-Wan facing off with his old enemy Darth Maul, who made a splashy return to the galaxy in Solo.