Archives
« ‘El Camino: A Breaking Bad Movie’ Trailer: Skinny Pete ain’t snitching on Jesse, yo!
‘Black Widow’ and ‘The Falcon and Winter Soldier’ get posters at D23. But Disney doesn’t officially release them because fuck us » 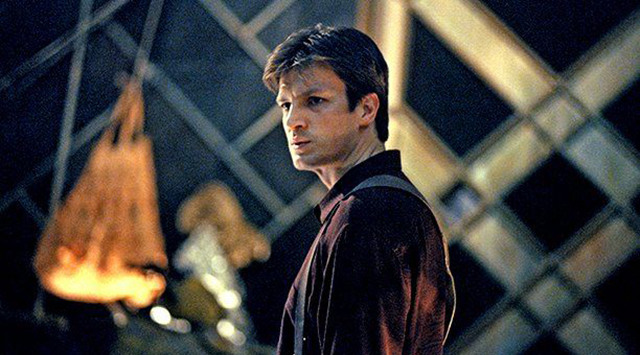 Nathan Fillion is joining Suicide Squad 2 or whatever! Oh wee!  I can’t tell where my disdain for Fillion comes from. Is it from him? Or, is it from the countless nerds his characters have inspired to think they’re witty, when they’re actually insufferable? I think probably the latter.

According to Deadline, Fillion has joined The Suicide Squad, though his role in the film is not known at this time. Fillion previously worked on Guardians of the Galaxy with Gunn, playing an inmate during the movie’s prison scenes. He also appeared in posters as Simon Williams/Wonder Man for the 2017 sequel, though they didn’t make the final cut.

Gunn will be directing both Guardians of the Galaxy 3 and The Suicide Squad. In addition to Fillion, the movie will also reportedly feature the additions of Idris Elba and John Cena. Comedian Steve Agee is also said to be voicing King Shark in the upcoming film. Benicio Del Toro is rumored as playing the film’s villain.