Archives
« Quantum teleportation has been used to send 3D information for the first time! Do I know what the fuck this means? Nope! Am I torqued? Yup!
‘The Mandalorian’ gets official poster ahead of its D23 panel today. Give me this show in my fucking veins! » 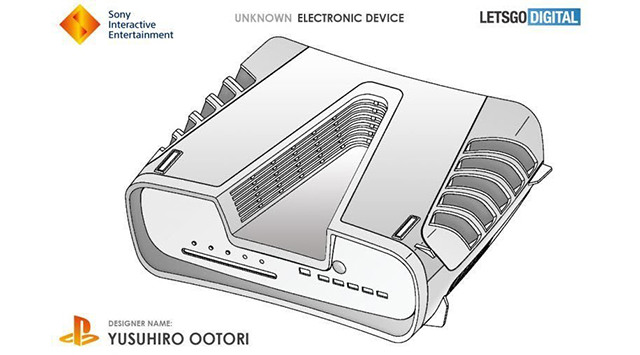 If you believe a now-deleted tweet, this is the design of the PlayStation 5. And obviously, my dudes, it’s fucking wild. Do I believe it? Well, the tweet was deleted. Usually a good sign something was revealed that shouldn’t have been.

A rumored devkit for the PlayStation 5 has gaming enthusiasts chirping.

The supposed early model of the device was unearthed by a deep dive into some Sony patents and confirmed to be a developers’ model by a game developer in a tweet. 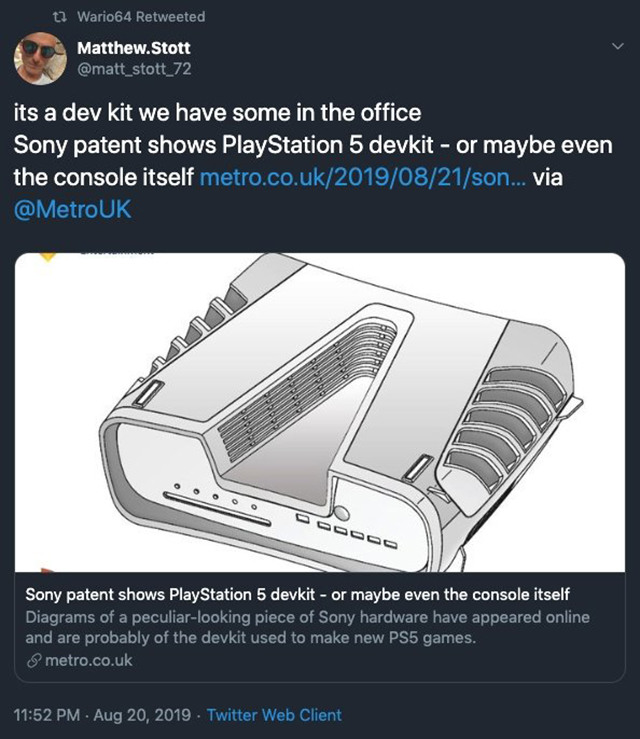 Sony or his employers must have gotten to him, because the tweet has since been deleted. It wasn’t taken down before people were able to nab screenshots and start talking, however. Fans were quick to question the deep V shape of the console, a design choice that might be alluding to the fact that it’s the fifth release in PlayStation’s flagship line. Of course, if it’s real, those many vents would serve a practical purpose by cooling the machine.

Fans were not pleased, comparing the odd shape to obsolete toys and roombas. Others were very skeptical that the image had anything at all to do with Sony’s anticipated console.