Archives
« Kevin Smith is bringing a ‘He-Man and the Masters of the Universe’ animated series to Netflix. Sure? I guess?
Monday Morning Commute: Dust & Rust »

George R.R. Martin says he can finish the books now that ‘Game of Thrones’ is over and I respect the honesty 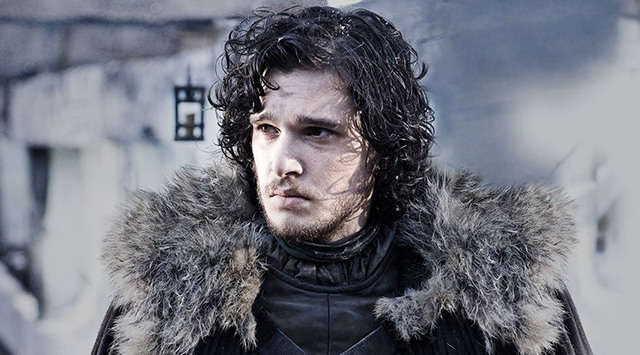 GRRM has seen the ending of Game of Thrones along with the rest of us. And I imagine he’s thinking what we are all thinking. There is no way the book series’ ending can be worse than the show. Take a breath, GRRM, and begin hammering that shit out.

The cast of Game of Thrones may be a little “upset” about all those extremely negative reactions to the eighth and final season earlier this year, but George R.R. Martin is feeling pretty happy that the show is done, apparently. On Sunday, the Observer published an interview with Martin talking about the fact that Game of Thrones is off the air and how maybe—maybe—this means he can finally finish those last two books now.

According to Martin, the pressure of the show steadily chewing through his books, season after season, until the story eventually surpassed what he’d written, wasn’t particularly conducive to writing.

“There were a couple of years where, if I could have finished the book, I could have stayed ahead of the show for another couple of years, and the stress was enormous,” he says. “I don’t think it was very good for me, because the very thing that should have speeded me up actually slowed me down. Every day I sat down to write and even if I had a good day—and a good day for me is three or four pages—I’d feel terrible because I’d be thinking: ‘My God, I have to finish the book. I’ve only written four pages when I should have written 40.’ But having the show finish is freeing, because I’m at my own pace now. I have good days and I have bad days and the stress is far less, although it’s still there… I’m sure that when I finish A Dream of Spring you’ll have to tether me to the Earth.”

Martin has been open about his struggles with getting through The Winds of Winter, the penultimate book in the Song of Ice and Fire series, for years. Last November, he holed up in a New Mexico cabin to supposedly put the finishing touches on the novel, but here we are, nearly a year later, no closer to an actual publishing date for the book.

Sure, the last season of GoT could be to blame, or it could be something as simple as the way the days can get away from you. “I need more hours in the day and more days in the week and more months in the year because the time does seem to go very fast,” Martin told the Observer. Fast or no, the guy better make use of the time he’s got and keep writing, because it won’t be long until HBO starts rolling out an incessant line of spinoff shows next year. Until then, give the entire interview a read over at the Observer.