Archives
« ‘Atlanta’ Seasons 3 and 4 are shooting back-to-back in Spring 2020. I am not worthy, but I accept this fucking rad offering!
‘Event Horizon’ being turned into Amazon series courtesy of ‘The Guest’ director Adam Wingard. I fuck with this, friends »

‘Venom 2’ is going to be directed by Andy Serkins and hey whatever it can’t be worse than the first, right? 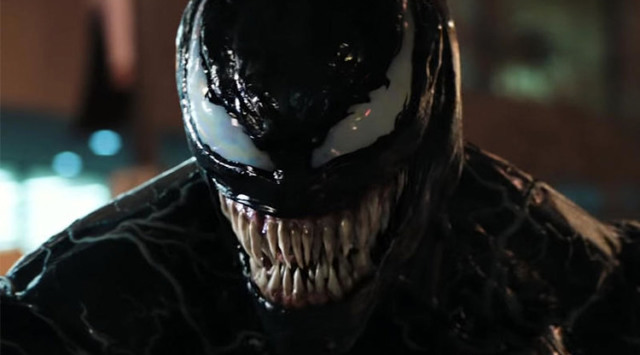 Venom was fucking bad, dude. Like, way bad. But at the same time? It was oddly entertaining. The sort of B-Movie I can fuck with heavily. Which means I was going to see the sequel anyways, but hey! Adding Andy Serkis as the director can’t hurt. It can’t possibly hurt.

Venom 2 has officially found its director. Famed motion-capture actor and director Andy Serkis will replace Ruben Fleischer for the symbiote’s superhero sequel. Serkis himself made the announcement on Twitter, when he tweeted a photo of himself with an issue of a Venom comic book on Monday.

This will be the third film Serkis has directed, after his 2017 film Breathe and his 2018 Jungle Book adaptation of Mowgli: Legend of the Jungle. Serkis is best known for his work as a motion capture and voice actor with roles like Caesar in the War for the Planet of the Apes, Snoke in the recent Star Wars films, and most famously, as Gollum in Lord of the Rings.

According to the Hollywood Reporter, his extensive experience with performance capture is part of what helped him secure the directing job for Venom 2. And Serkis’ penchant for physical performances should make him a perfect match for Tom Hardy’s fish-tank-jumping Venom antics.

While this will be Serkis’ first time directing a superhero movie, it won’t be his first experience with the genre. In the Marvel Cinematic Universe, Serkis played Ulysses Klaue, an international criminal who specialized in black-market arms dealing. Serkis’ experience in MCU movies like Black Panther and Avengers: Age of Ultron may have set him up for superhero success, but those movies are a whole lot less strange than Venom — and his fans.

While the original Venom was met with somewhat mixed reception, its overwhelming box office success makes its sequel no surprise. The original film, which starred Tom Hardy and Michelle Williams, made over $850 million internationally. The original movie’s post-credits scene also teased the appearance of Carnage, Venom’s nemesis whose human form, Cletus Kasady was played by Woody Harrelson. It’s unclear if Serkis’ sequel will use that set up, or go in a different direction.