Archives
« Japan is offering $1 billion research grant for human augmentation and cyborg technology. The middle finger to mortality, comrades!
‘Venom 2’ is going to be directed by Andy Serkins and hey whatever it can’t be worse than the first, right? »

‘Atlanta’ Seasons 3 and 4 are shooting back-to-back in Spring 2020. I am not worthy, but I accept this fucking rad offering! 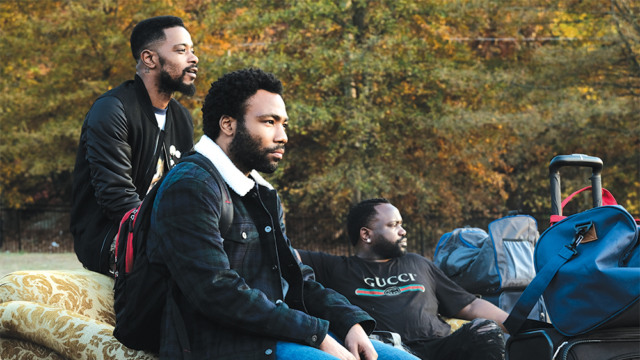 Well, fuck! This is some awesome news. Not only has Atlanta been renewed for a fourth season, but seasons 3 and 4 will shoot back-to-back next Spring.

The return of “Atlanta” is still a long way off, but the wait between Seasons 3 and 4 just got a lot shorter. FX has renewed the Emmy-winning comedy series for an additional season, and announced Tuesday morning the upcoming Season 3 and newly added Season 4 will be shot together beginning in the spring of 2020.

“What more can be said about ‘Atlanta’ than the critical acclaim and accolades that Donald [Glover], Paul [Simms], Dianne [McGunigle], Stephen [Glover] and Hiro [Murai] have earned for two exceptional seasons of what is clearly one of the best shows on television,” Eric Schrier, president of FX Entertainment, said in a statement. “This group of collaborators and cast have created one of the most original, innovative stories of this generation and we are proud to be their partners.”

Season 3 was originally ordered on June 7, 2018, less than a month after Season 2 ended, but Glover’s busy schedule has delayed production until this point. Each new season will also be shorter than the previous two. While Season 1 clocked in at 10 episodes and Season 2 added one more to that total, both Season 3 and Season 4 will consist of eight episodes each. No release date for Season 3 has been announced at this time.

Without a qualifying season of “Atlanta,” FX saw its total Emmy nomination count drop from 50 in 2018 to 32 in 2019 — “Atlanta: Robbin’ Season” (Season 2) earned 16 nominations on its own last year, and the current slate of comedies couldn’t make up the difference in its absence. Ongoing FX comedies include “Baskets” (which ends this year), “Better Things,” “Mr. Inbetween,” “What We Do in the Shadows,” and the upcoming half-hour series, “Breeders.” FXX is also home to FX originals like “It’s Always Sunny in Philadelphia” and “Archer.”