Archives
« ‘Venom 2’ is going to be directed by Andy Serkins and hey whatever it can’t be worse than the first, right?
Monday Morning Commute: Behold The Glow-Up! »

‘Event Horizon’ being turned into Amazon series courtesy of ‘The Guest’ director Adam Wingard. I fuck with this, friends 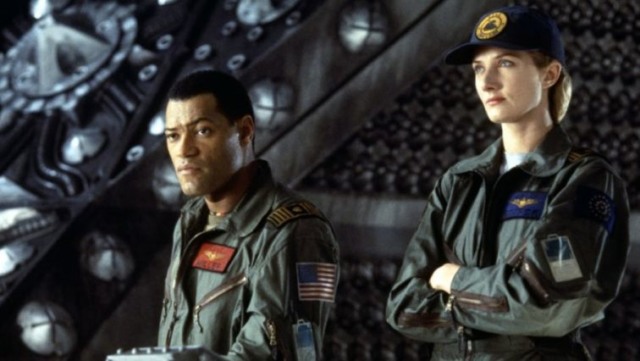 Event Horizon straight fucked-up my adolescent brain back in the day. Now that I’m an “adult”, am I ready to have my brain fucked-up again by a TV series based on the movie? Yup!

Paul W.S. Anderson’s Event Horizon is being turned into a series at Amazon, a company that may as well share the film’s ominous tagline: “Infinite Space, Infinite Terror.” This comes via Variety, who also says horror filmmaker Adam Wingard is behind the adaptation. Wingard, who’s behind the upcoming Godzilla vs. Kong and has cult genre flicks like You’re Next and The Guest under his belt, said in a 2014 interview with Vice that the sci-fi spooker was a formative film for him in his youth.

Anderson’s 1997 film was panned upon its release, but has since been embraced for its cruelty, gore, and crackerjack premise, even if some of the effects are a touch hokey nowadays. Laurence Fishburne and Sam Neill starred as members of a rescue operation who, in their search for a vessel that strangely disappeared and reappeared after fucking with black holes, discover that the lost crew’s efforts resulted in them essentially creating a portal to hell. So, yeah, demons in space. It’s cool.