Archives
« John Carpenter is writing a Joker one-shot for DC’s Year of the Villain. I am horrifyingly excited. Get it? Terrible pun!
Taika Waititi is returning to direct ‘Thor 4’ and holy shit am I ever goddamn stoked! » 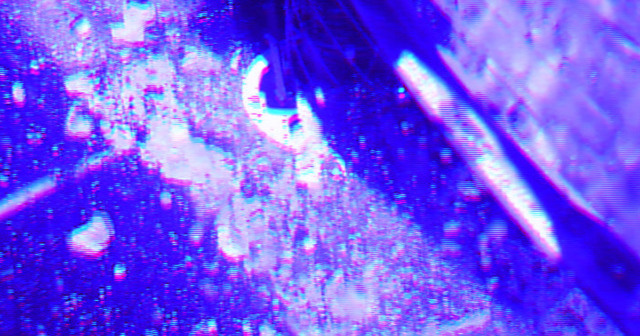 The Japanese space probe Hayabusa is doing fucking work, dudes. It returned to the asteroid it bombed to take pics and collect more samples. I mean, goddamn. Space probe out there doing rad shit, while I scratch my ass and jerk off for a third time today.

The life of an asteroid is lonely. The rocks spend eons drifting through the cold vacuum of space.

But on Wednesday, the asteroid Ryugu welcomed a special visitor: Japan’s Hayabusa-2 probe successfully landed on the asteroid’s surface at 21:06 ET(01:06 UTC on Thursday).

The Japan Aerospace Exploration Agency (JAXA) launched Hayabusa-2 into space in December 2014. Its mission: explore and collect samples from Ryugu, a primitive asteroid half-a-mile in diameter that orbits the sun at a distance up to 131 million miles (211 million kilometers).

The probe reached its destination in June 2018, then got to work making observations, measuring the asteroid’s gravity, and rehearsing to touch down.

It blasted the asteroid with a copper plate and a box of explosives in April in order to loosen rocks and expose material under the surface, then successfully landed on Ryugu last night to gather up the rock and soil debris.

The spacecraft captured the images below as it left the asteroid’s surface.

“First photo was taken at 10:06:32 JST (on-board time) and you can see the gravel flying upwards. Second shot was at 10:08:53 where the darker region near the centre is due to touchdown,” JAXA tweeted. 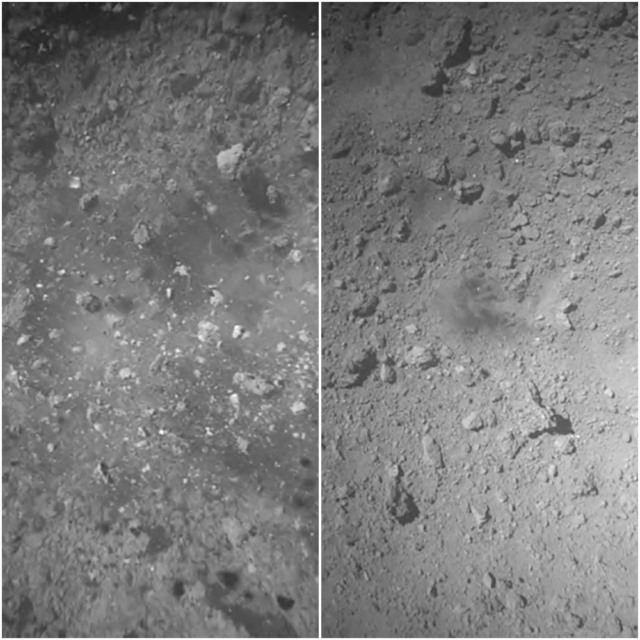 Asteroids are made of rock and metal, and they take all kinds of quirky shapes, ranging in size from pebbles to 600-mile megaliths. Most of them hang out in the asteroid belt between Mars and Jupiter, though Ryugu’s orbit sometimes takes it between Mars and Earth.

Some asteroids date back to the dawn of our solar system 4.5 billion years ago, when materials leftover from the formation of planets coalesced into these chunks of rock. In that sense, asteroids can serve as time capsules: What scientists find in those primitive rocks could tell us a lot about the solar system’s history.

Ryugu is a C-type asteroid, which means it’s rich with organic carbon molecules, water, and possibly amino acids. Amino acids form the building blocks for protein and were essential to the evolution of life on Earth. Some theories posit that an asteroid first brought amino acids here, gifting our planet with the seeds of life, though that’s still debated.

About three-quarters of our solar system’s asteroids are C-type. Hayabusa-2 aims to be the first mission to bring samples from such an asteroid back to Earth.

The probe initially landed on Ryugu in February and collected shallow samples from just below the surface, but mission managers decided to gather some deeper rock samples as well, since that material hasn’t been exposed to harsh weathering from space.

To accomplish that, the probe had to lift back off the asteroid, then blast a 10-meter crater into the surface in order to access to the rock beneath.

So in April, Hayabusa-2 released and detonated a box of explosives in space that shot a copper plate into the asteroid.

Wednesday’s landing then made a splash in all that freed-up material. 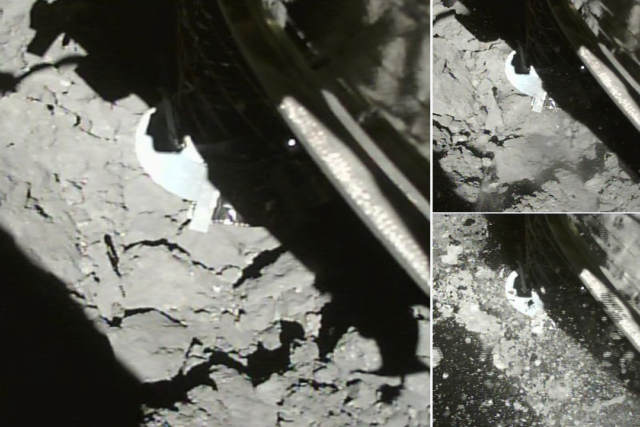 After it touched down, Hayabusa-2 then collected a new set of samples and left Ryugu’s surface. At the end of this year, it will begin the 5.5 million-mile (9 million-kilometer) journey home.