Archives
« Vaughan and Chiang’s ‘Paper Girls’ adaptation gets full-series order from ‘Amazon Studios’ which is neat but where that ‘Saga’ adaptation?
‘The Mandalorian’ Season 2 currently being written by Jon Favreau. Now, uh, give us the first season! »

Christoph Waltz returning as Blofeld in ‘Bond 25’ and here’s hoping it doesn’t blow..feld? 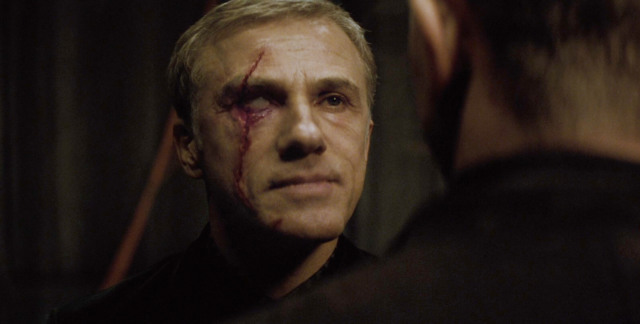 I really fuck with casting Christoph Waltz as Blofeld. However, man. Spectre was not a good debut for the actor’s take on the character. That said, who the fuck knows? I’m cautiously optimistic here.

Back in the fall of 2017, when fans were still waiting patiently to see what would happen with the James Bond franchise, Spectre co-star Christoph Waltz seemed rather confident that he would not be returning as Blofeld. The character was revealed as being the mastermind behind the titular international criminal organization, as well as James Bond’s adoptive brother, so it was a real shame that after his survival at the end of the last mission, he wouldn’t be coming back.

But it turns out that’s probably not true.

After rumors swirled earlier this spring that Christoph Waltz would actually be back as Blofeld for the currently untitled James Bond 25, further confirmation has come from across the pond.

The first time Christoph Waltz’s return to James Bond was revealed came in April when The Playlist reporter Rodrigo Perez appeared on the 007 podcast The Words Are Not Enough and discussed the likelihood of his villain Blofeld being part of the proceedings. Now frequent James Bond news scooper Baz Bamigboye has confirmed the same news, and the actor was even spotted by a visitor to Pinewood Studios, where James Bond 25 is currently shooting