Archives
« Christopher Nolan’s next movie is officially titled ‘Tenet’ and is an action-espionage thriller. Fuck yes!
‘Cyberpunk 2077’ isn’t going to be playable at E3. So you go ahead and forget the fucking idea of getting it this year »

‘Star Wars: Knights of the Old Republic’ movie is in development, confirms another report 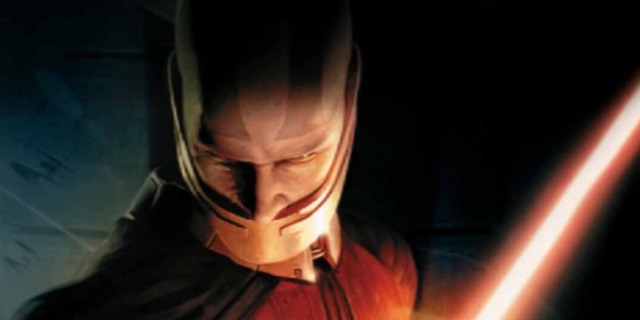 Last month it was reported that those chucklefucks that buried Game of Thrones are working on a Knights of the Old Republic movie. And now? While it may not (or may be!) them, there definitely is a KOTOR movie happening.

A report in Buzzfeed News says that a Star Wars movie based on classic LucasArts role-playing game Knights of the Old Republic is currently in development.

No release date is known, and the movie has not been confirmed by Lucasfilm. But according to the report, the script is being written by Laeta Kalogridis, who is known for her script work on Alexander and Shutter Island, among other projects.

Star Wars: Knights of the Old Republic was developed by BioWare and published by LucasArts in 2003. The highly regarded game was set thousands of years before the events of the core movie series.

Last month, MTV News interviewed Lucasfilm president Kathleen Kennedy and asked her about a KOTOR movie. “We talk about that all the time,” she said. “Yes, we are developing something to look at. Right now I have no idea where things might fall.”