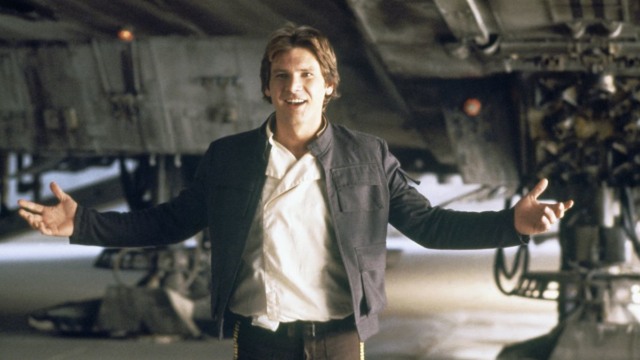 Friends, the next Star Wars movie is coming from the Game of Thrones creators. Like, two years ago this would have been thrilling news. But, given that the final season of Game of Thrones is a shit stew, I’m a bit more skeptical.

Earlier this month, The Walt Disney Company revealed a full slate of movies through 2027, which included new titles from Lucasfilm, Marvel Studios, Pixar, Walt Disney Animation, and the branches of the newly acquired 20th Century Fox.

The plans were sprawling and exciting for fans of Disney’s various properties, but for Star Wars fans, waiting would be the hardest part: the next installment after this December’s Star Wars: The Rise of Skywalker would not arrive until 2022.

But thanks to a little insight from Disney CEO Bob Iger, we know a little more about what that movie will be — or at least who to hound for details in the future. During a Disney investors call, Iger revealed that the next film in a brand new Star Wars saga would be the mystery project written by Game of Thrones creators David Benioff and D.B. Weiss.

Iger mentioned that, while he hasn’t seen Rise of the Skywalker, Lucasfilm felt assured that the film would be a major success. Still, a franchise hiatus was necessary to prepare for movies beyond the Skywalker Saga.

“We’re hard at work already,” the CEO said,” but we felt three years was the proper amount of time to not only take a breather and reset, but to gear up for the next film’s release.”

Iger was coy about specific details regarding Benioff and Weiss’ film. But per Disney’s original announcement, the film will kickoff “three new as-yet-untitled Star Wars films will release on the pre-Christmas weekend every other year beginning in 2022.” Whether that is a trilogy or a set of standalones is unclear.

Along with info on the new film franchise, Iger emphasized how the company’s upcoming streaming service, Disney Plus, would keep the wheels of Star Wars turning in the lead up to Weiss and Benioff’s film. Currently in the works are The Mandalorian, debuting in November with the platform launch, and a Rogue One prequel series starring Diego Luna. Iger revealed that fans should expect a third live-action Star Wars series to launch before the 2022 premiere of the new film series.