Archives
« Next ‘Star Wars’ movie is coming from the ‘Game of Thrones’ creators which is less and less exciting
‘Black Mirror’ Season 5 Trailer: Hey, did you know that technology can be problematic? » 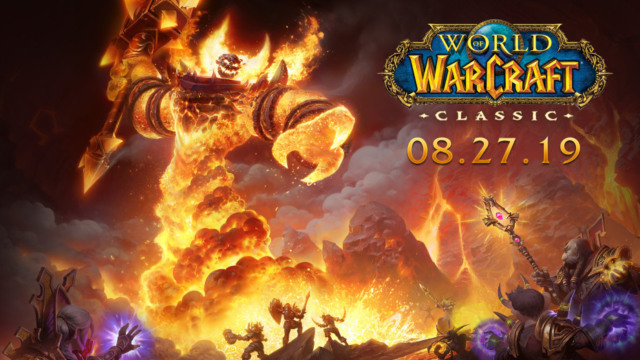 World of Warcraft Classic finally got itself a release date. August 27. Great news for many nerds wanting to play the game when it was far less polished, which they forget because of nostalgia.

World of Warcraft Classic is launching on August 27 for PC. This version of Blizzard Entertainment’s hit online role-playing game will run concurrently with the modern World of Warcarft, which is in its seventh expansion, Battle for Azeroth. A World of Warcraft subscription will also grant access to Classic.

World of Warcraft launched in 2004. Since then, expansions and updates have had a dramatic impact on the game. That had many players, current and lapsed, yearn for the older experience. Blizzard does not release player numbers for World of Warcraft anymore, so we do not know how many people pay for a subscription these days.

At launch, World of Warcraft Classic will replicate the patch 1.12 version of the game, which launched back in August 2006. That is still before the January 2007 launch of the first expansion, Burning Crusade. Classic will include the 40-player raid Molten Core, with others (like Blackwing Lair and Ahn’Qiraj) following as post-updates.

A dungeon in World of Warcraft Classic.Blizzard will start a closed beta on May 15. Server stress tests will be open to all and occur during late May through July.

While the content will be based an older version of WoW, Classic will run on the game’s current architecture. That means it should run more smoothly than the original ever did, and Classic will include support for Battle.net’s social features like chat and groups. Classic will run as a separate client from the normal version of World of Warcraft. You can not transfer characters between the two.