Archives
« ‘Mindhunter’ Season 2 is dropping this August. Finally, the wait is…KILLING ME! Get it?
Next ‘Star Wars’ movie is coming from the ‘Game of Thrones’ creators which is less and less exciting » 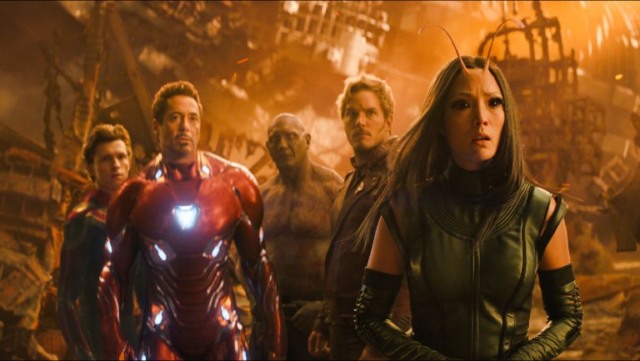 Jesus Titty Fucking Christ, Disney is back at it. The company has gained full control of Hulu, ahead of Disney Plus launching. Not good for our culture, hopefully good for bringing back Daredevil. Maybe?

The future of streaming is consolidating at a rapid pace. The Walt Disney Company announced that it has entered a deal with Comcast to assume full control of Hulu, effective immediately.

Previously, Disney owned 66% of the streaming service, with Comcast’s NBCUniversal owning the remaining 33%. With this new deal, however, the remaining NBCUniversal shares will be bought by Disney or sold by Comcast by 2024 for its current evaluation or fair market value, whichever is higher.

Until then, NBCUniversal shows and channels will continue to stream on Hulu. Whether or not Comcast will pull its content after 2024 remains to be seen. During an investors call, Disney CEO Bob Iger said that there are already plans to create new exclusive content — including new series based on Marvel properties — on Hulu and expand the platform’s services.

“We have plans to roll out Hulu internationally in a variety of different markets,” Iger said, though he did maintain that that would be a long term goal.

Iger said that Hulu was the “third prong” in Disney’s direct-to-consumer strategy — made up of Disney Plus and ESPN Plus — which Disney plans to eventually bundle and expand. A direct-to-consumer approach will benefit not only Disney, Iger insisted, but also allow for a more customizable consumer experience.

“When you look at Disney fans and Pixar fans and Star Wars fans and Marvel fans, those are groups of millions of people around the world who have a connection to the product. Knowing who they are allows us to forge a connection with them,” explained Iger. “With a Star Wars fan, we may figure out how to give them discounts on Star Wars goods, Galaxy’s Edge.”

When asked about Netflix as a competitor in the global market — especially as Netflix creates more international and local content — Iger insisted that Disney streaming services would adhere to local quotas, but that Disney products have already have a universal appeal.

“We’ll have more product that travels around the world than they do,” Iger stated, noting the company’s success in South Asia, specifically with the acquisition of Indian digital entertainment platform Hotstar. According to Iger, for every four hours of television programming watched in India today, Hotstar gets one hour of viewing. The CEO predicted that content from Hulu and Disney Plus would likely wind up on the service, and that Disney was looking into an opportunity for Marvel in the country.

“I had to go on Wikipedia to find everything we owned,” joked Iger.