Archives
« Marvel’s first Phase 4 movie ain’t dropping until May 1, 2020. A damn long wait, but we can make it if we believe!
Microsoft has patented an XBox controller with braille display. Accessibility++ »

Richard Madden in talks to join Marvel’s ‘Eternals’ and I’m torqued. Dude was so good in ‘Bodyguard’ and yeah I guess ‘Thrones’ 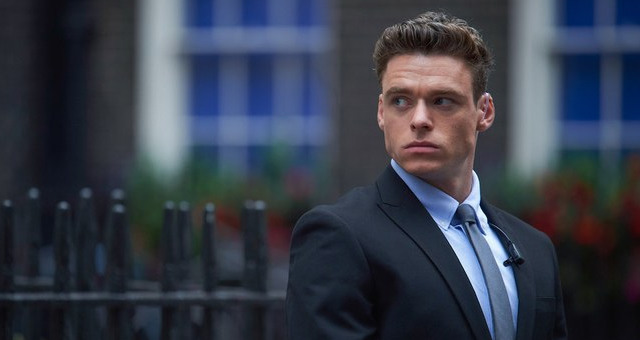 Richard Madden was so fucking good in last year’s BBC/Netflix jam Bodyguard. In fact, I was immediately sold on the idea that he could play Bond. Is he going to? Who knows. What we do know is that the motherfucker is probably joining Marvel’s Eternals.

“Game of Thrones” and “Bodyguard” star Richard Madden is in talks to join Marvel’s “The Eternals.”

Angelina Jolie and Kumail Nanjiani are also on board. Marvel declined to comment on the casting.

Madden will be playing Ikaris, a member of the human offshoot race known as the Eternals.

Created by Jack Kirby in 1976, the comic book is set millions of years ago when the cosmic beings known as the Celestials genetically experimented on humans to create super-powered individuals known as the Eternals, along with the villainous Deviants. The two groups battled each other throughout history. The Eternals also warred with Greek, Roman and Norse deities before leaving Earth to explore the stars.

Chloe Zhao, whose helming credits include “The Rider” and “Songs My Brothers Taught Me,” is directing “The Eternals” from a script by Matthew and Ryan Firpo. Marvel Studios chief Kevin Feige is producing.