Archives
« The Rock teases a meeting with Kevin Feige. Get this dude into the MCU right fucking now!
Hubble captures gorgeous-ass spiral galaxy. Space is the damn place, my dudes! »

‘Straight Outta Compton’ director is developing a ‘Saints Row’ movie. Get weird, or get out, IMO. 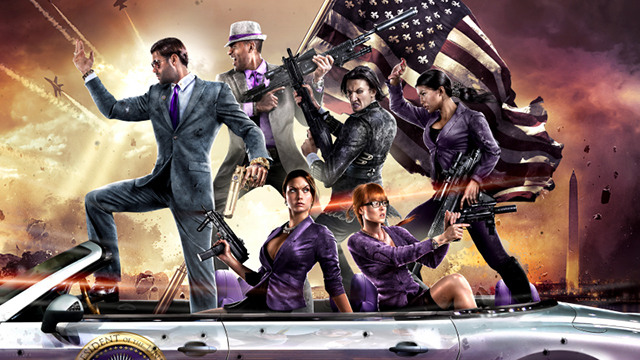 I fuck heavy with Saints Row. However, I really fuck heavy with the third and fourth installments of the franchise. This is when it began to, uh, lose its fucking mind. Therefore, I guess I’m theoretically excited for a Row flick? But, only if it’s got the self-awareness and mania that the latter installments brought.

A movie based on the Saints Row franchise is in the works, and high-profile director F. Gary Gray is involved in the development, according to a report by Deadline. Fans of the video game might not recognize his name, but they’ll no doubt be familiar with his filmography. He directed Straight Outta Compton and The Fate of the Furious.

The original Saints Row was first released in 2006 by Illinois-based Volition (now Deep Silver Volition, part of THQ Nordic). Its Grand Theft Auto-inspired gameplay and over-the-top humor have garnered it both critical and commercial success over the years. The last title in the series, the standalone expansion to Saints Row 4, titled Saints Row: Gat out of Hell, came out in 2015.

According to Deadline, the film is a co-production of Fenix Studios, Koch Media (which is owned by THQ Nordic), and Occupant Entertainment. The note that Gray is “developing to direct” indicates that he’s working with the film’s writer on the early stages of the development process. The director and producer has a lot of projects ongoing at the moment, including Men In Black: International, starring Chris Hemsworth and Tessa Thompson.

Gray also has another video game project in development. He’s set to produce a film based on the obscure science fiction title Echo. Derek Kolstad, the creator and writer of John Wick, is signed on to adapt the screenplay.