Archives
« McDonald’s is installing AI-Powered kiosks to predict our orders. Our gluttony, simplified for us!
‘Straight Outta Compton’ director is developing a ‘Saints Row’ movie. Get weird, or get out, IMO. »

The Rock teases a meeting with Kevin Feige. Get this dude into the MCU right fucking now! 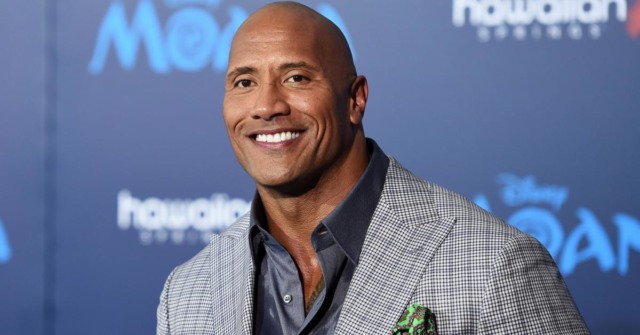 The Rock. Despite not really being in any movies I give two shits about (excepting the Furious movies and its upcoming spin-off), I love the dude. Gorgeous. Charming as fuck. Humorous. Really, a check-list of attributes that would make him welcome in the Marvel Cinematic Universe. So let’s get this shit done!

The Marvel Studios movies already feature some of the biggest talent in Hollywood, though that does not include Dwayne The Rock Johnson…at least not yet. So far The Rock has only been linked to DC’s upcoming Black Adam movie, though that has been in the pipeline for quite a bit. The success of Shazam will likely speed that up a bit, but in a new video, The Rock gives a big congratulations to the whole Marvel cast and crew for the rollicking success of Avengers: Endgame, and in that thank you video he did tease a meeting with Marvel Studios Chief Kevin Feige.

The Rock first says thank you to all the amazing cast, crew, marketing staff, and more that helped make Endgame one of the most successful movie launches ever, but he also made sure to give a special shoutout to Feige for all his work in helping this universe come to life.

“Also congratulations to the architect and the mastermind behind this whole thing Kevin Feige,” Johnson said on Instagram. “Congratulations my friend. It’s been so cool to watch and witness and learn. As I watch you and your team just meticulously storytelling over the years has just been really incredible. The biggest movie of all time…HOLY S***! Look what you did. Look what you guys did Kevin. Congrats on that and I know our assistants have been trying to get us together for dinner for months now. We’re both super busy boys and I look forward to our schedules linking up and that’s it. Congrats guys.”

Now, to be fair it is just dinner, but then again many a project has originated from a meeting over dinner, so perhaps this will materialize into a Marvel role or project down the line. We’d love to see The Rock take on a role within the Marvel Cinematic Universe, and there are plenty of characters still needing to find their way to the big screen, but for now, we’ll just have to keep our fingers crossed.