Archives
« Japanese professor was busted for teaching students how to make Molly. Finally, applicable skills from a classroom
AVENGERS: ENDGAME — A Mega-Spoiler-Filled Discussion! »

Hubble confirms the Universe is expanding faster and faster. To the Heat Death, friends! 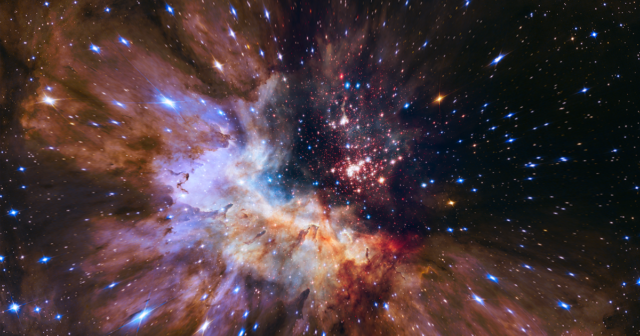 Well, the Universe is expanding faster than we thought. Proving, once again, we have a specious grasp on reality at best.

FRESH EVIDENCE SUGGESTS that the universe is expanding faster today than it did in its infancy, a difference that has set off a search to understand what cosmic forces could be at play. If confirmed, the changing rate—which is nine percent faster than had been projected—would force us to reconsider a fundamental aspect of the cosmos.

The result, announced in a new report publishing in the Astrophysical Journal, marks the latest in a long-running controversy over the Hubble constant, a key measure of the universe’s age and expansion rate.

In recent years, numerous studies have shown that measurements of the Hubble constant from the cosmic microwave background—the faint afterglow of the infant universe—are at odds with estimates from far younger stars, such as those in our Milky Way, even after taking into account other mysterious cosmic forces such as dark energy, which is accelerating the universe’s expansion.

“[The universe] is outpacing all our expectations in its expansion, and that is very puzzling,” says lead study author Adam Riess, an astronomer at Johns Hopkins University who co-won the 2011 Nobel Prize in physics for helping discover dark energy.