Archives
« Guillermo del Toro’s ‘Nightmare Alley’ remake is going to star Leonardo DiCaprio. Gimme a hell yeah
China says it will have a Moon base in ten fucking years. Game on, other nations! »

Watch: Japan has released a video of it bombing that asteroid. 🤘Throw up the horns! 🤘 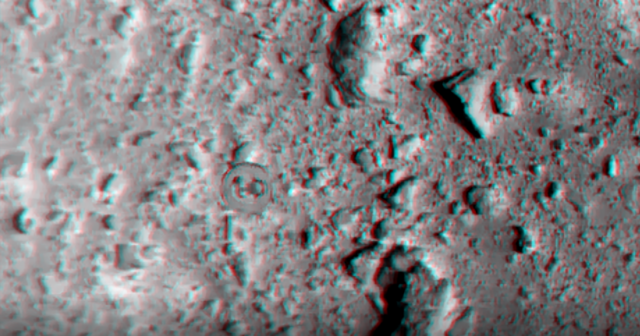 We all knew that Japan bombed an asteroid. Which, is awesome unto itself. But, getting to see it in action? Doubly awesome. Awesome-aweosme.

On April 4, the Hayabusa2 spacecraft tossed a bomb at a space rock, then ducked for cover to wait for the debris to settle — but before it did, it watched the impactor soar toward the asteroid, called Ryugu.

The spacecraft, which is operated by the Japan Aerospace Exploration Agency (JAXA), has been studying the asteroid for nearly a year, since June 2018. As part of its mission, the Hayabusa2 spacecraft has interacted with Ryugu in a series of mildly aggressive ways — all designed to help scientists better understand the space rock and what it could tell us about the early days of the solar system.

First, Hayabusa2 released a series of small, hopping rovers onto the surface. Then, it lowered itself down to the surface of Ryugu to suck up a sample of its rock. Then came perhaps the most violent experiment of the lot: using an explosive device to create an artificial crater on the asteroid’s surface.

That’s precisely what happened on April 4, and now JAXA has released video footage of the impactor on its way toward the space rock. The video was taken from the main spacecraft, so it cuts out long before the explosion — to protect itself from flying debris, Hayabusa2 ducked behind Ryugu and stayed there for about two weeks.

But the video still offers an incredible look at the asteroid’s rocky surface from 1,640 feet (500 meters) up.

JAXA was able to confirm within a day of the maneuver that the impactor definitely hit Ryugu’s surface and released a grainy image of debris flying off the space rock. But the agency hasn’t yet released any images of the crater left behind by the process.

Scientists will be using those images — and perhaps even a sample scooped up from the crater, if the mission meets its remaining goals — to better understand the interior of Ryugu. The artificial crater should have excavated away some of the surface materials of the asteroid, giving scientists access to pristine rock unaffected by the harsh conditions of space.

In addition to inspecting the crater, JAXA also intends to release one final small rover onto Ryugu’s surface before packing up and heading home at the end of the year. When the spacecraft returns to Earth, it will bring with it samples of the distant world it has spent so long studying — precious cargo from its invasive studies.

This video shows the descent of the SCI (Small Carry-on Impactor) made from images captured at 2 second intervals just after separation from Hayabusa2 by the onboard TIR (Thermal Infrared Camera). In the background, you can see the surface of Ryugu 500m away. pic.twitter.com/O5niPDb2XI