Archives
« Researchers have created first ever 3D-printed heart. The future is fucking wild, dudes.
Marvel’s ‘The Eternals’ movie has cast ‘Train to Busan’ star Ma Dong-seok. Not familiar, but I trust em »

‘Suicide Squad 2’ has cast John Cena. I can’t see this not working out! Get it? 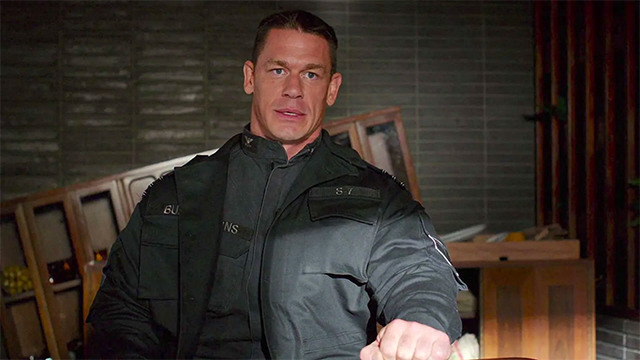 The squad for Suicide Squad 2 continues to impress. I mean, John fucking Cena? Sign me up. Dude proved in Bumblebee he can play a very convincing blowhard (I mean this positively) with a square jaw, and the ability to crack jokes.

James Gunn continues to impress with his new recruits for The Suicide Squad. First he brought in Idris Elba, and now he’s about to introduce an even bigger physical presence.

Variety reports that none other than John Cena is in talks to join the DC film. If it works out, he may be playing the Peacemaker, joining a cast that’s also expected to feature the returning Margot Robbie as Harley Quinn and Jai Courtney as Captain Boomerang. (Variety also reports this was the role Dave Bautista was up for but he is unable to do it due to scheduling.)

The Suicide Squad is being described as more of a reboot than a sequel to the 2016 David Ayer hit—but considering it’s bringing back anyone at all, one has to assume there will be some kind of connection between the two films.

As for Cena, he has yet to appear in a superhero movie universe, though he’s is coming off a turn in Bumblebee and will soon play a spy in The Janson Directive, produced by Dwayne Johnson. You have to wonder if Johnson, who will eventually play Black Adam in the DC Universe, had any hand in bringing his fellow wrestler-turned-actor into the fold.

This article was updated with additional information provided by Variety.