Archives
« Apple is spending a billion dollars on its gaming service. This seems both a colossal amount of money, and reasonable, I guess?
‘Knights of the Old Republic’ project (obviously) in works, confirms Kathleen Kennedy »

The nearest star to us, Proxima Centauri, may have a second exoplanet. Spill your secrets, cosmos! 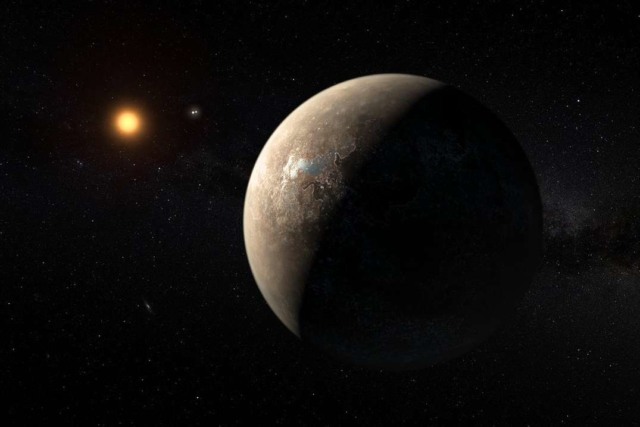 Proxima Centauri is the nearest star to us. And we’ve known for a while that it had an exoplanet. However, scientists now believe the motherfucker may have a second exoplanet orbiting it.

The closest star to our own Sun is Proxima Centauri over 4.2 light years from Earth. Scientists around the world are working hard to find new exoplanets with the hope of eventually finding an exoplanet that has life. It was already known that Proxima Centauri had one planet orbiting.

Proxima Centauri is a red dwarf star that is much smaller and dimmer than our sun. The other planet orbiting the star is caleld Proxima b, and it is roughly Earth mass and was discovered in 2016. For now, the presence of Proxima c is unconfirmed, and its tentative detection comes from the same data set that first revealed Proxima b.

Planets too far away for direct imaging are discovered using the wobbling of the host star. The wobbling suggests that a planet is orbiting. Scientists say that the strength of the wobble indicates an orbiting planet’s mass and the wobble’s period indicates a planet’s orbit.

Researchers on the project stress that Proxima c is only a candidate for now and further study must be completed before it is dubbed a planet. Proxima b and possibly Proxima c are candidates for indirect imaging. Scientists expect the new theorized exoplanet to be a very cold and gassy place.