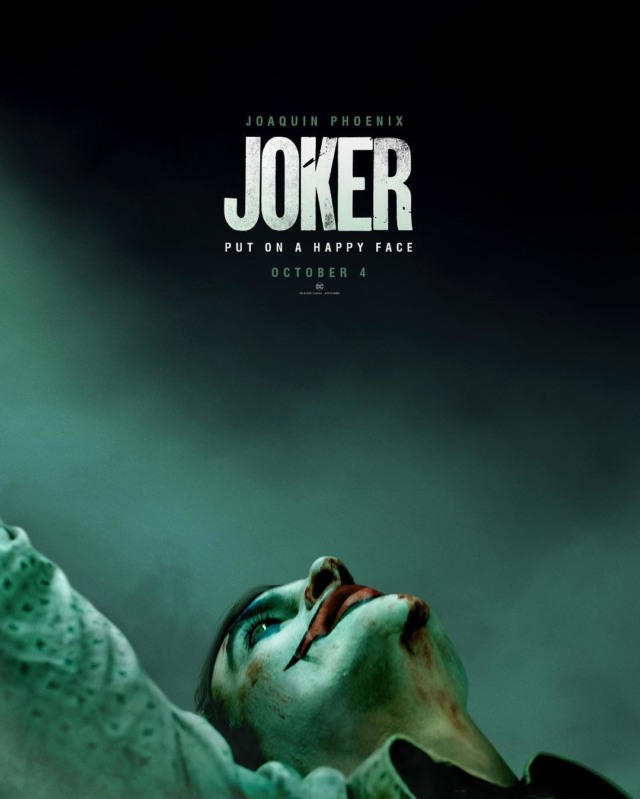 I’m all about this, friends.

The Joker’s here, and the Joker’s there. Gotham recently revealed the hideous version of their take on the supervillain, and fortunately for some folks, Jared Leto’s “damaged” version of the character is on hiatus, but this fall will bring a highly anticipated incarnation of Arthur Fleck’s early days in Joker before he became the full-fledged Clown Prince of Crime. Director Todd Phillips has been having a ball while trickling out set photos of star Joaquin Phoenix, and now, the helmer’s unveiled Warner Bros.’ first official poster for the project.

We have makeup, and we have blood. It’s unsettling, to say the least, and highly promising for those who want to see this origin story. And there will be more soon, given that Phillips revealed that a teaser will arrive on Wednesday.

Joker co-star Marc Maron recently revealed that this 1980s-set film (which sits outside the DCEU) will be a character study rather than the crash-boom variety of comic book movie that audience have grown accustomed to seeing. That revelation fits with the film’s relatively modest $55 million budget. The movie will also star Zazie Beetz as as Fleck’s love interest, Sophie, and Brett Cullen as Thomas Wayne, father to Bruce.