Archives
« ‘Avengers: Endgame’ is going to be 182 minutes. Which means I’m either peeing fourteen times or pissing my pants, tbd
‘Borderlands 3’ Teaser Trailer: Mayhem Is Coming! »

‘Bill & Ted 3’ is bringing back William Sadler as Death. Most excellent! 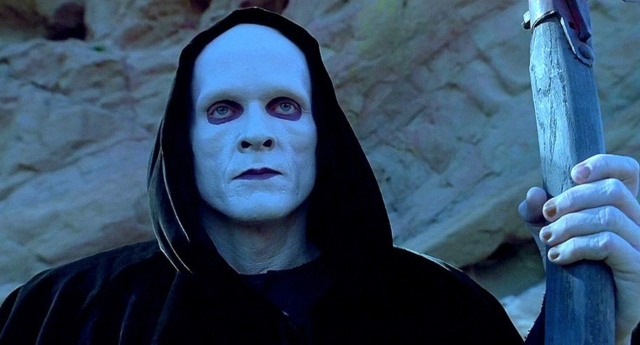 Rumors about a third Bill & Ted movie have swirled around Hollywood for so long at this point that we won’t believe it’s actually happening until we’re sitting in the theater for another party-adventure with our favorite rad dudes, even if stars Keanu Reeves and Alex Winter are confident that the movie is actually getting made and will actually be released in 2020. Assuming they’re telling the truth, which we are not assuming, we also now know another member of the crew that’ll be joining Bill and Ted for this bogus journey: William Sadler, who played the Grim Reaper in Bill & Ted’s Bogus Journey. The official twitter account for the sequel (which may or may not exist) confirmed the news, saying Sadler will “totally be reprising his role.”