Archives
« ‘Hyper Light Drifter’ devs reveal their next game, ‘Solar Ash Kingdom’
‘No Man’s Sky’ getting another big update called ‘Beyond’ which is an enormous multiplayer addition »

Earth may partly be made from interstellar rocks from this galaxy. How fucking gnarly is that? 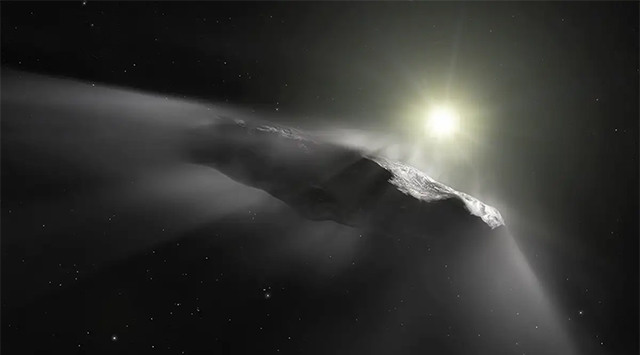 A new scientific paper postulates that Earth may be partly made-up of interstellar rocks like Oumuamua. This is objectively fucking rad.

Millions of gigantic space rocks could be traveling the galaxy, eventually reaching new star systems where they settle down to help form planets. At least, that’s the gist of a new scientific paper shared on the preprint server ArXiv on Monday.“It’s not a very efficient process, but you’re starting out with so many of them that you still end up with plenty,” Susanne Pfalzner of Germany’s Jülich Supercomputing Center told New Scientist.

So far, scientists have only ever detected one such interstellar visitor, a comet that astronomers named ‘Oumuamua. But the German and British researchers behind this new paper argue that many more have likely passed through our solar system, either being too small or dark to spot without a healthy dose of luck.

If they fall into orbit at a protoplanetary disk, where dust and other space-stuff circles a young star, one of these interstellar travelers could serve as the base to form a new planet much faster than they would grow on their own, they argue in the paper.“If planet-forming discs were seeded with large rocks in this way, then it would accelerate the planet formation process significantly,” University of Leicester astrophysicist Richard Alexander, who didn’t work on the study, told New Scientist.

The new paper doesn’t mention Earth by name, but if the hypothesis holds up to further scrutiny, then it’s technically possible that an interstellar visitor could have acted as the seed around which our home eventually grew.“A fraction of planets could have had an ‘Oumuamua at their heart,” Michele Bannister, an astrophysicist at Queens University Belfast, told New Scientist. “You’re not going to have any trace of it anymore, but it’s a lovely thought.”