Archives
« Apple is planning a “Netflix for games” along with every other company planning the same fucking thing
‘Brooklyn Nine-Nine’ and ‘Good Place’ creator teaming-up with Kal Pen for new series. Goddamn fuck yeah! »

Monday Morning Commute: four and three and two and one! 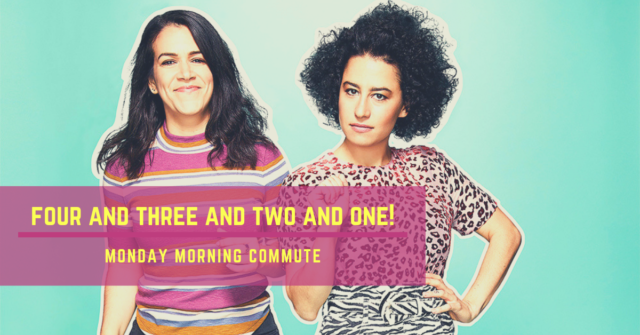 Hey! It’s Monday Morning Commute, on a Tuesday! Again! Man, truthfully? There ain’t much going on in my life right now. Just the humming doldrums of the post-Holiday, pre-Spring existence here in the Northeast. It’s cold! That’s whack. It’s getting lighter out earlier and earlier! That’s dope.

And the forthcoming notables?

They’re the various spectacles and testicles-tickling activities helping me make it through the ashen week.

I hope you’ll join me in the comments section, and let me know what you’re looking forward to this week. To be honest, I’m in a bit of a rut. So, I could use anything you can suggest. Hit me. Hit me!

Local Sports Team has made the Super Bowl for the third straight year. Fucking blessed as a sports fan in this town.

Still playing Warframe with a friend. My god, I wish I found this game years earlier.

Okay, okay. Everyone during our Twitch stream and the various reviews coming out have convinced me: I’m going to see Lego Movie 2 (I know it’s not until next week).

Whenever I get blue these days — and I will admit that’s fucking often — I pop on some Plini. Dude just manages to cheer me up. Every time.

I said that I was going to start Ancillary Sword last week. I lied. I lied right to your face. I’m starting it this week, I swear. It’s the second installment of the Ancillary trilogy. And while I’ve obviously only read the first title, I can tell you it was glorious science-fiction.

I fucking bought Resident Evil 2, despite still being knee-deep in Red Red Redemption 2. I have no fucking willpower. I blame Bateman and Jerkface, though. They both egged me on.

Watched Teen Wolf for the first time last weekend. My word, what was in the air in the 1980s. Actually, I know. Copious amounts of cocaine and deregulation. Like, a dude turns into a werewolf and no one bats an eye. Every man wants to be him, every woman wants to sleep with him.

There you have it, my friends. My notations of notables. What are you indulging in this week?